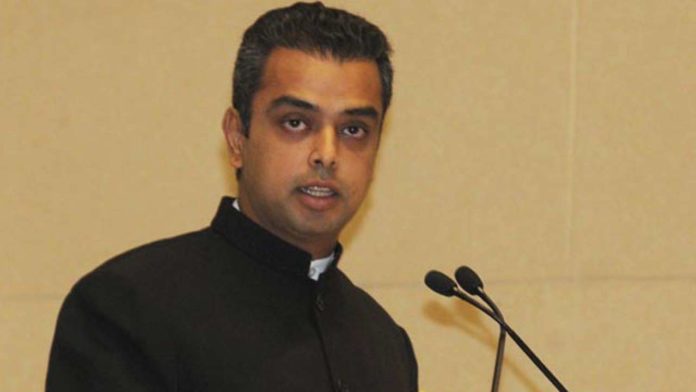 Election Commission of India (ECI) declared that the speech delivered by Mumbai Congress chief and South Mumbai constituency candidate from Congress party, Milind Deora has violated the model code of conduct in his speech at Zhaveri Bazar.

The Election Commission censored and warned Milind Deora to be more careful in his speech in the future.

The election commission of India said that “in a matter concerning the violation of the model code of conduct in a speech delivered by Milind Deora candidate of Indian National Congress, April 2, Election Commission after considering his reply found it violative of para 1 and para 3 of Model Code of Conduct.”

The development took place after Milind Deora addressed an event in Zhaveri Bazar and accused Shiv Sena of hurting religious sentiments of the Jain followers. He urged the Jain community to teach Shiv Sena a lesson and not vote for the party in the ongoing Lok Sabha elections.

The Mumbai Congress President also added that “Shiv Sena has been against the minorities. A few years ago the party insulted the Jain religion by cooking meat forcibly outside Jain temples during the most important festival of Jains, Paryushana Festival.” He added that “the lesson will reach them after you do not vote for them.”

Later on, a candidate from the Shiv Sena complains to the election commission stating that the allegations made by Deora “false and religiously sensitive.”

Election Commission looked into the matter and asked the police to register an FIR against Milind Deora.