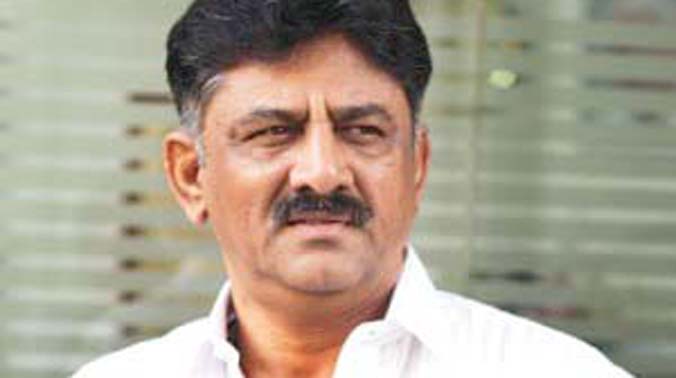 Karnataka Minister D.K. Shivakumar has been targeted by the Enforcement Directorate. The case is being registered under Section 120 B which is related to the recovery of four crore rupees in cash in a flat belonging to the minister in a place in New Delhi. If the charges are proved and the court holds him guilty, then the offence is punishable with imprisonment up to a period of seven years.

Among those under the inspection is a Karnataka Bhavan employee whose name has also come up during the income-tax probe. In its charge sheet, the IT Department had alleged use of a “hawala” channel, with links in Bengaluru and Delhi, to facilitate the transfer of illegal money.

The IT Department has also mentioned in the charge sheet that Shivakumar has been transporting a huge amount of unaccounted cash on a regular basis through ‘hawala’ channels with help of four other accused. The complaint was filed after Rs 8.59 crore was found in cash at four Delhi properties, during searches, last year.

Haumanthaiah, one of the accused is an employee at Karnataka Bhavan in New Delhi, is allegedly responsible for storing and handling unaccounted cash of Shivakumar in Delhi. Rajendra, the caretaker of Karnataka Bhavan and looks after the immovable properties of Shivakumar and Sharma, it said. The IT department had alleged that all of them to have conspired to evade tax.

“I am being targeted. We are waiting and watching and we will respond at the appropriate time,’’ said Shivakumar on a conditional bail which was scheduled till September 20th. Four associates of the minister, Sachin Narayan, Sunil Kumar Sharma, Anjaneya Hanumanthaiah and N Rajendran, were booked for “abetment of false returns’’ and providing false evidence.

“As per facts and analysis of evidence, it is clear that accused number 1 (Shivakumar) has set up an extensive network of persons and premises across Delhi and Bengaluru in order to transport and utilise unaccounted cash,” the department said further in the charge sheet.