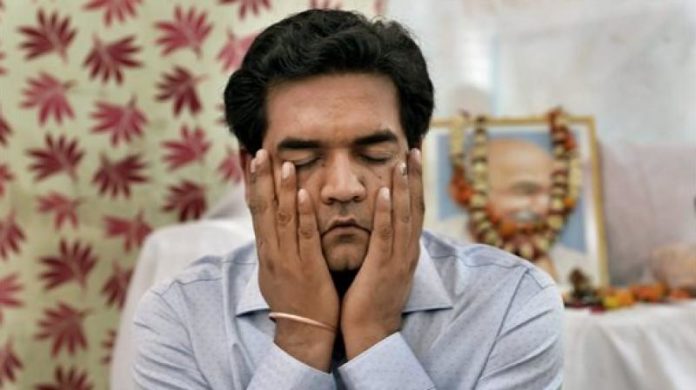 The Election Commission (EC) has issued a show cause notice to BJP’s Model Town Assembly candidate Kapil Mishra for his controversial statement on describing Shaheen Bagh protesters agitating over the Citizenship Amendment Act (CAA) and the National Register of Citizens (NRC) as a “mini Pakistan that promotes hatred in the society”. The Commission has asked Mishra to reply on Friday.

The Returning Officer (RO) for the Model Town Assembly constituency, Banwari Lal in his letter to Mishra on Thursday said: “It has been observed that there are several news items in the electronic media and social media about your statement on Shaheen Bagh like — ‘Delhi me chote chote Shaheen Bagh Bane’, ‘Shaheen Bagh me Pak ki entry’ and ‘India vs. Pakistan 8th February, Delhi. On February 8, on the streets of Delhi there will be a competition between India and Pakistan’.”

“And, whereas clause 1 (1) of the Model Code of Conduct stipulates as under: No party or candidate shall include in any activity, which may aggravate existing differences or create mutual hatred or cause tension between different caste and communities, religious or linguistic.

“And, whereas Section 123 (3A) of the Representation of People’s Act, 1951 defines the corrupt practice as under — the promotion of, or attempt to promote feelings of enmity or hatred between different classes of the citizens of India on grounds of caste, religion, race, community or language by a candidate or his agent or any other person with the consent of a candidate or his election agent for the furtherance of the prospects of the election of that candidate or for prejudicially affecting the election of any candidate,” the notice read.

“Therefore, your act is deemed to be a violation of the aforesaid provision of the model code of conduct and the Representation Act and the same is punishable under provisions of law,” the RO said.

“Hence, you are requested to explain as to why action under the provisions of law should not be initiated against you,” the RO said, adding that his reply should reach to the poll panel officer by 12.30 p.m. on Friday.

Lal also said that if he fails to give his reply or his reply is found unsatisfactory, action against Mishra will be taken without any further notice.

The EC took cognisance against the BJP candidate soon after he tweeted on Thursday: “AAP and Congress have made Shaheen Bagh like Mini Pakistan. In their response entire country will rise on February 8. And whenever Pakistan will raise traitors in India, then every time Patriots will rise.”

Mishra had tweeted in response to Delhi Deputy Chief Minister and AAP candidate from Patparganj Assembly seat Manish Sisodia’s comment that he stands with the people of Shaheen Bagh.

In another tweet, Mishra, who was earlier a Minister in AAP government said, “….On February 8 on the streets of Delhi it will be a competition between India and Pakistan.”

The election for the 70-member Delhi Assembly is on February 8 and counting of votes will take place in February 11.