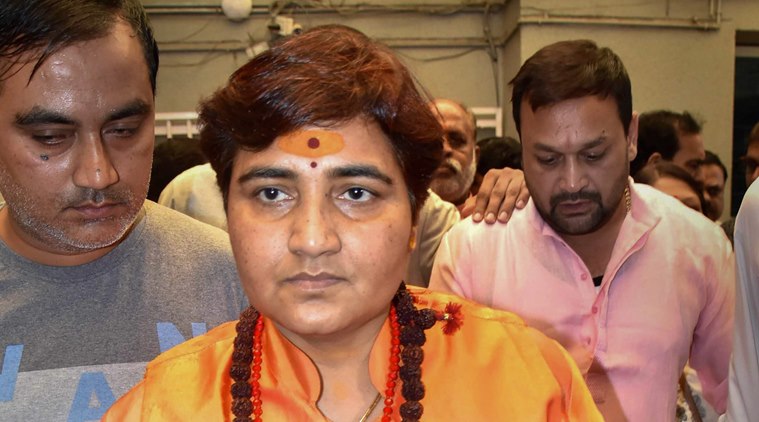 District Election Officer of Agar Malwa District of Madhya Pradesh on Friday submitted his report to Madhya Pradesh Election Commission in the connection with a matter of Pragya Singh Thakur’s statement “Nathuram Godse was, is and will remain a ‘Deshbhakt’.

The Poll Commission of India had on Thursday sought a factual report from Chief Electoral Officer in connection with the controversial statement made by BJP Bhopal Nominee Sadhvi Pragya Singh Thakur.

Madhya Pradesh: District Election Officer, Agar Malwa District, has submitted his report to Madhya Pradesh Election Commission in the matter of Pragya Singh Thakur's statement "Nathuram Godse was, is and will remain a 'deshbhakt'"

It came after Bharatiya Janata Party Candidate from Bhopal Sadhvi Pragya triggered a controversy by saying that Nathuram Godse was a patriot and will remain a Deshbhakt.

Speaking to media in Agar Malwa district of Madhya Pradesh, Sadhvi Pragya reportedly said, ‘Nathuram Godse was a ‘Deshbhakt’ (patriot), he is and will remain a ‘Deshbhakt’. Her response came following a question throw by a scribe over Kamal Haasan’s comment.

Her remarks about Nathuram Godse has sparked a political controversy with the Indian National Congress demanding an unconditional apology over the remarks. While Leaders from other parties including KT Rama Rao of TRS and AIMIM Asaduddin Owaisi.

However, the Bharatiya Janata Party in a damage control mode distance itself from the statement. BJP Spokesperson GVL Narasimha Rao asked her to publicly apologized for her remarks.

Sadhvi Pragya in a run-up to the national elections 2019 is facing Congress  Stalwart  Digvijay Singh from Bhopal Lok Sabha Seat. Ever since been nominated as a BJP Candidate, Sadhvi Pragya had made several controversial remarks.