The Indian Wire » Politics » Everyone should reap the fruits of Amaravati; says CM Naidu 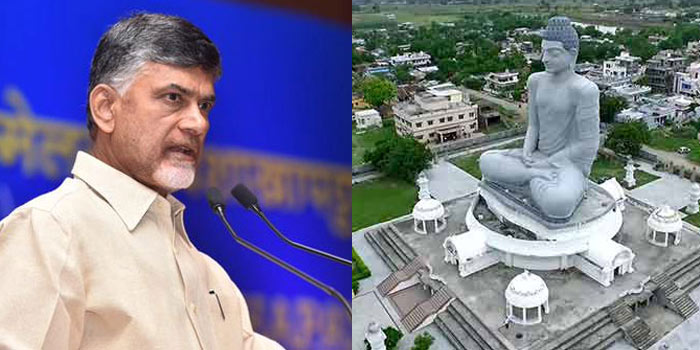 Chief Minister N Chandrababu Naidu issued fresh directives to the CRDA (Capital Region Development Authority, AP) officials, asking them to put happiness as the central principle for the development of Amaravati. The CM emphasized the need for economic, technological and other advantages – including happiness.

The CM directed the officials on a telephonic conversation, asking them to prepare a people-centric strategy for the construction of Amaravati.

“Our aim is to make the Capital city a happy place where its human resources are taken care of first. Whatever development we undertake in Amaravati, the benefit should ultimately reach the common man. For me, the underprivileged are more important than the privileged people and I will be satisfied only when they benefit from Amaravati,” asserted Naidu.

A briefing was given to the CM by Principal Secretary (CRDA, Infrastructure and Investments, and Energy) Ajay Jain and CRDA Commissioner Cherukuri Sreedhar. In addition, officials from CRDA informed him of projects worth Rs 30,000-40,000 crore. The money will construct 8 million sq ft government complex, 330-km trunk road, 1,300 km of road and 5,040 houses. “Tenders have already been called for works worth 33,368 crores till date. Most of the works are ongoing,” they explained.

Lastly, officials were asked to involve students and their ideas in the ‘Happy Cities Summit- 2018’. Moreover, the inclusion of new ideas would make Amaravati a happy place for all.