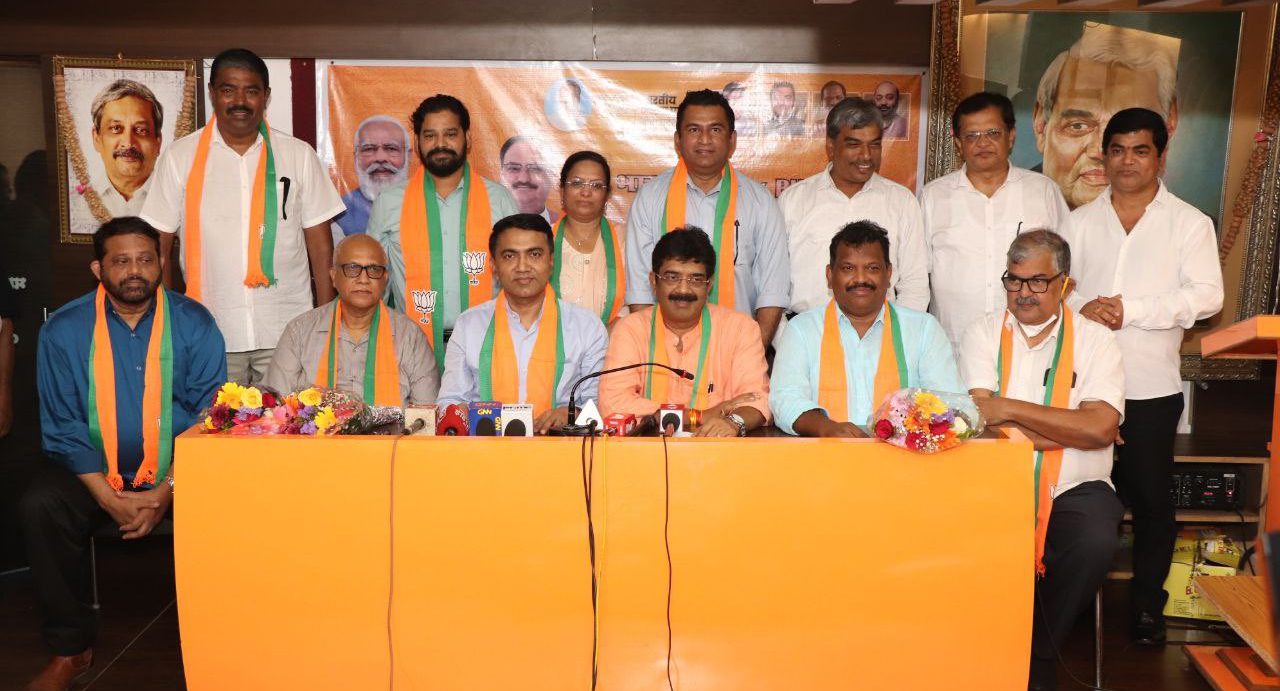 Welcomed all 8 MLAs who have joined the @BJP4Goa by the way of merger. I am sure that with the new MLAs joining, and Nav Bharat Nirman Sankalpana of Hon’ble PM @narendramodi Ji, the development of #Goa will rise to the next level. pic.twitter.com/coZRc0qKLJ

With eight MLAs breaking away as a group, that is two-thirds of the party strength, they can avoid disqualification under the anti-defection law. Michael Lobo said, it is Congress chhoro (quit Congress), BJP ko jodo.

In the 40-member Goa Assembly, the Congress has 11 legislators and the BJP has 20 MLAs and support of 2 MGP MLAs and 3 independent MLAs. In a similar move in July 2019, 10 Congress MLAs switched over to the BJP.

It is worth noting that the Congress Legislative members had on 22 January, ahead of the state Legislative election pledged their loyalty to Congress if they were elected. They pledged that if elected they would remain in the party through the term and not defect.

The grand old party has been hit by a series of resignation across the country including veteran leaders like Ghulam Nabi Azad, Kapil Sibal, Gujarat Youth Congress President Vishwanathsinh Vaghela, Rajinder Prasad, who is also the son of late Master Beli Ram Sharma from Nowshera.

The damage to the Congress party in Goa comes at a time when Rahul Gandhi has embarked on a journey of ‘Bharat Jodo Yatra’ to oppose the NDA government in the Centre.