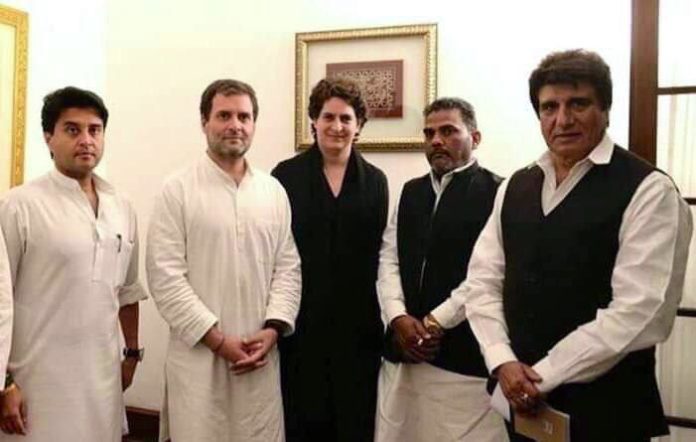 What can be seen as a big catch for Indian National Congress in its hunt for Uttar Pradesh for Lok Sabha Polls, Former Samajwadi Party (SP) MP from Mirzapur, Bal Kunwar Patel, on Friday joined the Congress in the presence of party president Rahul Gandhi and Congress General Secretaries Priyanka Gandhi and Jyotiraditya Scindia.

Bal Kunwar Patel, a prominent face from the Kurmi community, has been fielded by the party from Banda Lok Sabha Seat. He was MP from Samajwadi Party from 2009-2014 from Mirzapur Parliamentary Seat. However, Mirzapur in 2014 went to Apna Dal(S), an ally of BJP.

After being dropped from Samajwadi Party – Bahujan Samaj Party Alliance, Congress has intensified it’s mission Uttar Pradesh. The party in the state is reaching to small parties to gather support for the mega battle of ballots 2019. The party has recently announced its poll tie-up with Apna Dal faction, Jan Adhikar Party, Mahan Dal in its ‘UP Hunt’.

Polls in 80 Lok Sabha seats of the state will spread on all seven phases.