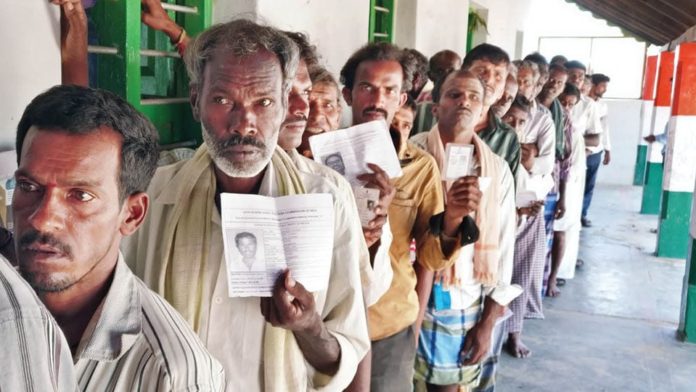 Lucknow, May 17: The final phase of elections in Uttar Pradesh will decide the fate of the country as well as the country’s most populous state.

The BJP (and its ally Apna Dal) had won all the 13 seats in 2014 but the party’s defeat in a by-election in Gorakhpur last year has made the last round of battle all the more tough.

The Samajwadi Party is contesting eight and the BSP five seats in this phase.

The BJP has changed candidates in Ballia, Kushinagar and Deoria and internal sabotage on these seats cannot be ruled out.

In Varanasi, Prime Minister Narendra Modi faces almost no challenge. While the BJP’s effort is to increase his earlier margin of 3.37 lakh votes, the opposition is fighting to reduce the margin.

The biggest challenge lies in Gorakhpur which is the traditional seat of Chief Minister Yogi Adityanath.

The BJP has fielded Ravi Kishan, the Bhojpuri star, who is attracting huge crowds and playing to the gallery with his song, dance and dialogues. The Samajwadi Party has put up Ram Bhual Nishad in order to capitalize on the growing anger of the Nishad community towards BJP.

The caste arithmetic is in favour of the SP-BSP candidate and it remains to be seen if Ravi Kishan is able to swing voters with his acting skills.

In Chandauli, state BJP President Mahendra Nath Pandey is caught in a tough situation since the constituency has over 6 lakh Yadav and Dalit voters.

Former BJP ally Om Prakash Rajbhar of Suheldev Bhartiya Samaj Party has announced his support to the Congress and is even campaigning for him. Making a further dent into the OBC support base of Apna Dal is Ram Charitra Nishad of SP.

Deoria is another tough seat for the BJP. Outgoing MP Sharad Tripathi made it to national headlines when he beat up his party MLA with shoes at an official meeting.

Though the BJP has not given ticket to the MP, it has fielded his father Ramapati Ram Tripathi. The Thakur community is waiting to avenge the humiliation that the MLA Rakesh Singh, faced in the incident.

Brahmins are also upset with the manner in which Kalraj Misra was made to resign from the union cabinet.

In Kushinagar, the BJP has replaced outgoing MP Rajesh Pandey with Vijay Dubey. The strong presence of former union Minister R.P.N. Singh is making it difficult for the BJP which is also facing the threat of internal sabotage on this seat as well as Ballia and Deoria.

Maharajganj has been in the news because of the Congress candidate Surpiya Srinetra, a former TV anchor. She is being challenged by former SP MP Akhilesh Singh and outgoing BJP MP Pankaj Chaudhary.