The Indian Wire » Politics » Farmers continue the protest, blocking highways in many states 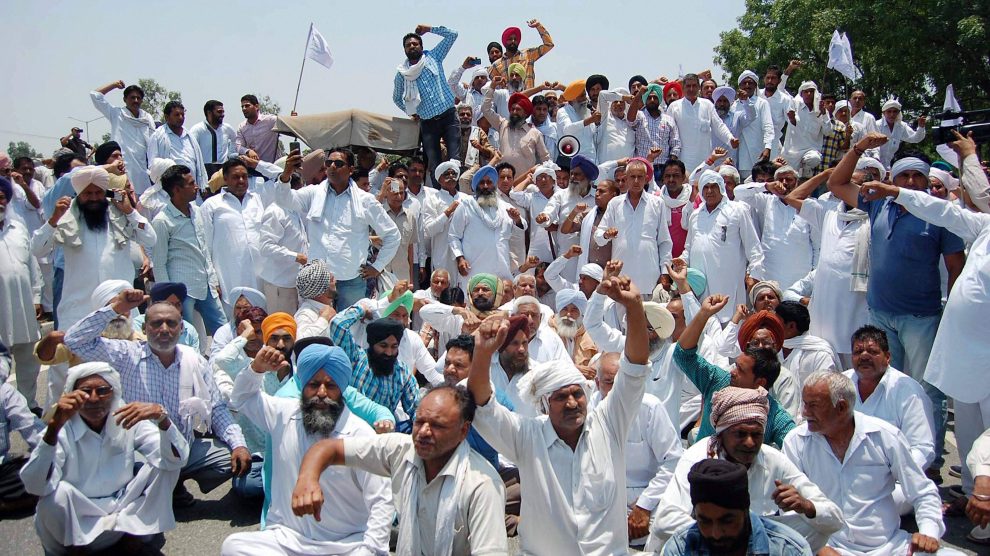 Protesting farmers blocked some national highways disrupting traffic as part of a stir over issues concerning the farming community.

Protest and growing agitation of the farmers could be seen on the roads of many states across the country. The protest turned violent, after 5 farmers died in police firing trying to control the protest in Mandsaur district of Madhya Pradesh.

The farmers are demanding for a complete loan waiver and the purchase of farm products at the minimum support price (MPS). In spite of the bumper crop production this year, farmers were unable to pay the debts as the MSP set by the government was very low and they could not get the deserved price for their products. Hence the farmers all across the country demonstrated protest demanding for loan waiver.

To restore peace among the protesting farmers, many states like, Madhya Pradesh, Andhra Pradesh, Uttar Pradesh, Telangana and Maharashtra have in principle agreed to the demand of complete loan waiver. Though the implementation of the promise of loan waive off is still not executed.

As a result of this, farmers are again back on the roads putting up their protest by blocking highways all across the country. On Friday the farmers blocked some national highways in Haryana, Madhya Pradesh, Rajasthan, Punjab, Uttar Pradesh and Odisha. Tractors were parked at several places on the highways even as police arrested scores of protesters including a former RSS leader in Madhya Pradesh.

A group of 62 farmers’ unions had earlier announced that traffic will be blocked for three hours on all national highways across the country on Friday in protest against the death of five farmers in police firing in Mandsaur in Madhya Pradesh and failure of the Centre to provide relief to riots.

A two hour shut down was also observed in Odisha, with banners of Navanirman Krushak Sangathan (NKS).

20 protesters, including farmers and members of some Leftist parties, were arrested under section 151 of the CrPc when they were trying to stop traffic on Link Road at Teen Imli roundabout in Indore. In Rajasthan, farmers blocked Ganganagar-Hanumangarh highway. Congress organised a ‘Kisan Panchayat’ in Kurukshetra under the leadership of former Haryana Chief Minister Bhupinder Singh Hooda.

Congress party members, blocked highways across Saurashtra and north Gujarat, more than 4,000 elected representatives of the party and party workers were detained by the police. Patidar Anamat Andolan Samiti (PAAS) leader Hardik Patel was detained by Madhya Pradesh Police last week, when he went to visit the families of farmers who died in police firing. Earlier this month Rahul Gandhi was also detained in Madhya Pradesh for the same.