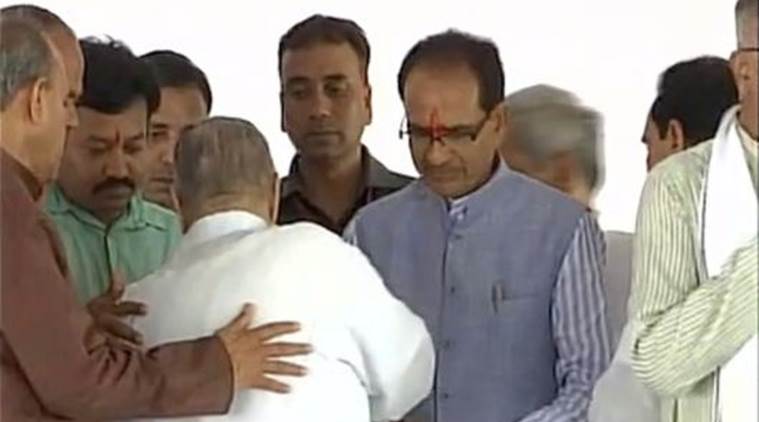 Violent protest and agitation of the farmers could be seen on the roads in many states. The farmers were protesting for increase in the minimum support price (MPS) for the farm products and a complete loan waiver. However the protest gained momentum after, the Mandsaur incident, where five farmers were killed and several were injured last week.

To restore peace, many states including, Madhya Pradesh, Andhra Pradesh, Uttar Pradesh, Telangana and Maharashtra had in principle agreed to the demands of the farmers.

Madhya Pradesh Chief Minister Shivraj Singh Chouhan, however is giving different statements now. In an exclusive interview to ET, his first major media interaction since the farmers’ agitation in the state, Chouhan said Mandsaur incident was not because of any farmers’ agitation. “I can vouch that none of the people who turned violent were farmers of MP. They were anti-social elements systematically organised by some forces, and given petrol, stones and matchboxes to create an atmosphere of violence. The truth will come out soon.” he said. He blamed ‘anti-social elements’ for the recent violence.

The MP CM said 72% of farmers in the state had paid back loans to nationalised banks on time. The government have come up with a samadhan scheme for the 28% farmers who have not been able to pay loans on time. It will assist them in getting loans at 0% interest.

To support his statement Shivraj Singh added that farmers’ problems were primarily due to bumper yields in the state this year because of government policies on providing best seeds, fertiliser and financial assistance to farmers. He further added that agricultural productivity in MP has grown 20% annually over the past five years. The unrest began because in spite of bumper crop the farmers dint get the deserved price and the main reason for this was, the issue of bumper crop and the flow of demand and supply was not taken care of.

The CM said that the state government is trying to mitigate farmers’ losses through decisions like buying onions at 8 a kg. He further added that his government has formed a body to work out a formula to arrive at the right price for farm produce so that growers are not at a loss and are able to invest in the right seeds and market the produce.

Talking about the Mandsaur incident Chouhan had announced a judicial inquiry into the firing and a compensation of Rs 1 crore each to the kin of the dead and Rs 5 lakh to each of the injured. One member each from the deceased farmers’ families will also be given a government job.

Shivraj Singh also accused the Congress for fueling the violence.