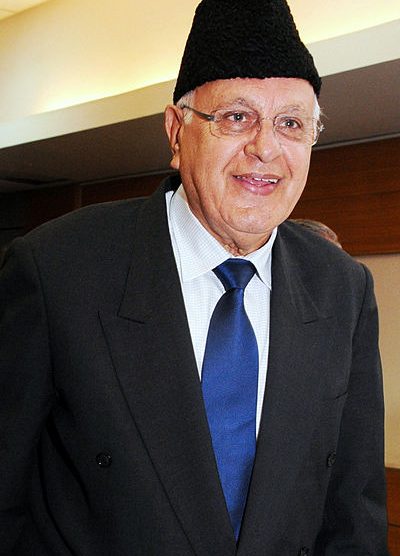 National Conference chief Farooq Abdullah on Wednesday said that his party will boycott the upcoming panchayat, municipal and local body elections in Jammu and Kashmir unless the Centre and state authorities clear their stance on Article 35A which bestows special privileges on the residents of J&K, reported Hindustan Times.

Abdullah addressed the media after his party’s meet and declared, “Unless and until the government of India and state government clear their position in the regard and take effective steps for the protection of Article 35A in and outside court, the NC will not participate in the elections.”

NC chief said that in his meeting with the core committee of his party, they had an elaborate discussion on the ongoing condition of the state and especially on Article 35A. He said that if any amendments were made to the article, it will prove unfavourable not only for the state but the whole country.

He added, “The role of central government and present dispensation in the state before the Supreme court is against the wishes and aspirations of the people of the state.”

NC MLA from Budgam Aga Syed Ruhullah Mehdi took to Twitter to announce the party’s decision. He tweeted, “The National Conference will not participate in the Panchayat and ULB elections unless and until the GOI clears its position with regard to Art 35-A. And takes effective steps to safeguard it inside and outside the Courts.”

The apex court had earlier accepted the Centre and state government’s plea to defer hearing petitions against Article 35A. Supreme Court shifted the hearing to January after the panchayat and local body elections will be over in Jammu and Kashmir.

Additional solicitor general Tushar Mehta, representing the state government had argued that any discussion on Article 35A at this juncture would lead to a law and order situation in the state which is slated for elections for over 4,500 posts of sarpanch and to 1,145 wards later this year, reported Hindustan Times.