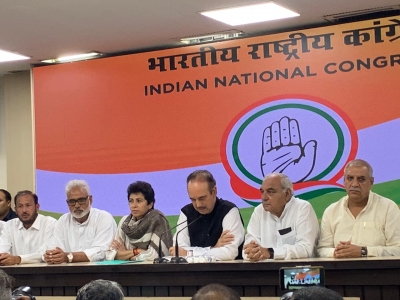 Welcoming them in the Congress, party general secretary in-charge of Haryana Ghulam Nabi Azad said the situation in the country was such that regional parties were feeling marginalised. They decided to join the Congress as it was the only party that could challenge the Bharatiya Janata Party (BJP) in the state as well as the country. “The Congress has been fighting such forces since the freedom struggle,” Azad said.

Speaking on the occasion, state party chief Kumari Selja said they had joined the Congress because they had faith in the party and its leadership.

Former Haryana Chief Minister Bhupinder Singh Hooda said with their entry would make the Congress stronger in the state.