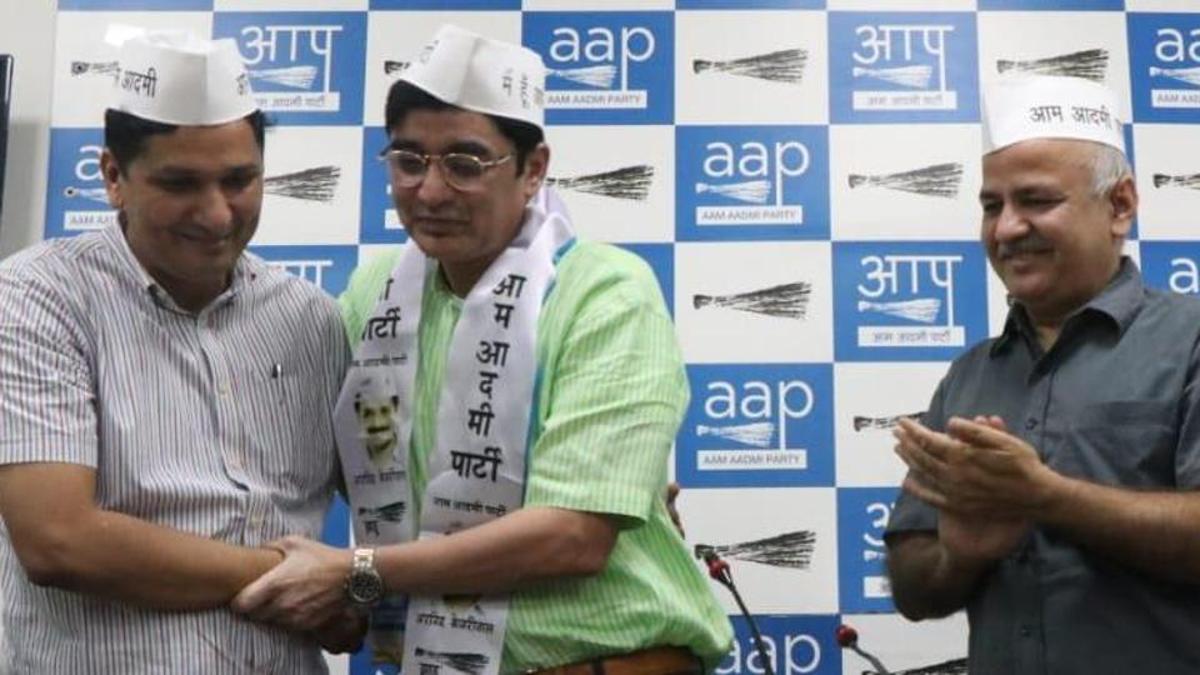 Former Congress president of Jharkhand unit Ajoy Kumar joined the Aam Aadmi Party led by Arvind Kejriwal in Delhi today. The induction of latest member from Congress party can be seen as a big advantage to AAP party ahead of Delhi assembly polls.

Ajoy Kumar expressed his satisfaction with the policies of the AAP party. Praising the leaders of the party, he said, “Common people like us should come forward and cooperate in honest politics and politics of good governance. AAP is the answer to today’s politics. I thank Manish Ji, Arvind Ji, Saurabh Ji and Durgesh Ji for inducting me into the party.” The party has not yet assigned any formal responsibility to the leader.

Kumar also said that the residents of Bihar and Jharkhand living in the national capital are receiving benefits from the welfare policies of AAP party. Kumar had joined Congress party in August 2014. He was appointed the party’s state president for Jharkhand unit in November 2017. He had left the Congress party in August this year taking the moral responsibility of the party’s defeat in Lok Sabha elections of 2019.

It can be seen as a major setback to the Congress which is planning to regain the lost ground in upcoming Jharkhand polls.