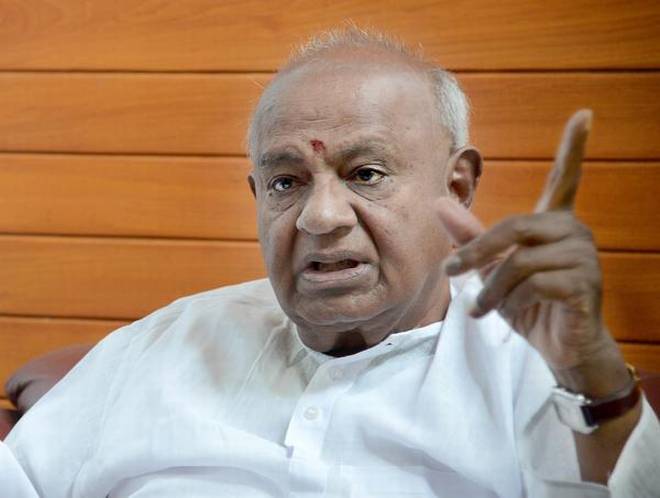 He accused the existing government of intentionally snatching freedom of media in the state. Journalists from various Kannada news channels and national media staged a demonstration in Bengaluru today.

Speaking to the media, he said, “As the national president, Janata Dal (Secular), I object the Karnataka Speaker’s decision taken on October 9 of banning national and regional private TV channels from telecasting the proceedings of the Karnataka Assembly live. This kind of attitude of the present government shows that it is intentionally snatching the freedom of media, thereby avoiding the public to watch the ongoing proceedings in the Assembly.”

He further added “I, on my behalf and on behalf of my party will support your (journalists’) move to get your freedom of press back in letter and spirit. We should not allow these things to happen. We hope and trust that this government will reconsider its decision.”

Media persons claimed that the decision will not give people access to watch what their representatives are doing inside the assembly. Various parties have also opposed the Speaker’s move. HD Kumaraswamy had also said that the move is very wrong.