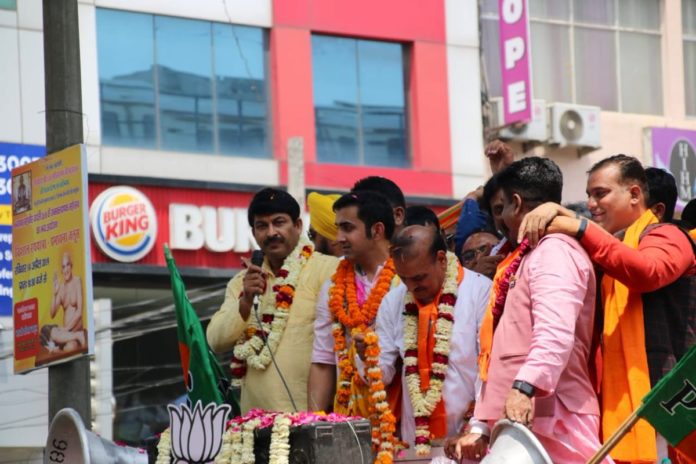 Actor-turned-politician Gautam Gambir who has been pitched by the Bharatiya Janata Party (BJP) from Delhi East Parliamentary Seat is among the richest Candidate in the national capital for Lok Sabha Polls 2019. BJP nominee from East Delhi Gambhir in his nominations papers has declared an annual income of over ₹12 crores for the last year 2017-18.

Gautam Gambhir in a run-up to the mega polls is taking on AAP’s Atishi and Congress Candidate Arvinder Singh Lovely. Atishi in her papers has shown an income of ₹4 Lakh 91 thousand.

While South Delhi Lok Sabha Seat, BJP sitting MP Ramesh Bidhuri has declared movable and immovable assets worth ₹18 crore. Bidhuri in a run-up to the polls will take on AAP’s Raghav Chadha who has declared an annual income of over 2 Lakh. Congress has named boxer Vijender Singh from the south parliamentary seat.

Singh in his nomination papers has shown an annual income of ₹45 lakh in 2017-18. He also declared movable and immovable assets worth ₹3.57 crore and ₹5.05 crore respectively.

While in North East Lok Sabha Seat, Congress State Chief Sheila Dixit has shown an annual income of ₹15 lakh in 2017-18. She also owns personal assets and an apartment in Nizamuddin worth over ₹4.92 crore and ₹1.88 crore. Dixit in a run-up to the polls is taking on BJP’s Manoj Tiwari and AAP’s Dilip Pandey.

Maken in a run-up to polls is taking on BJP’s Meenakshi Lekhi and AAP’s Brajesh Goyal.

A total of 439 nominations have been filed for 7 Parliamentary Seats of the national capital. Tuesday was the last date to file nomination for May 12 polls.

Lok Sabha Polls 2019 has already begun and would spread on Seven Phases starting from April 11 to May 19.