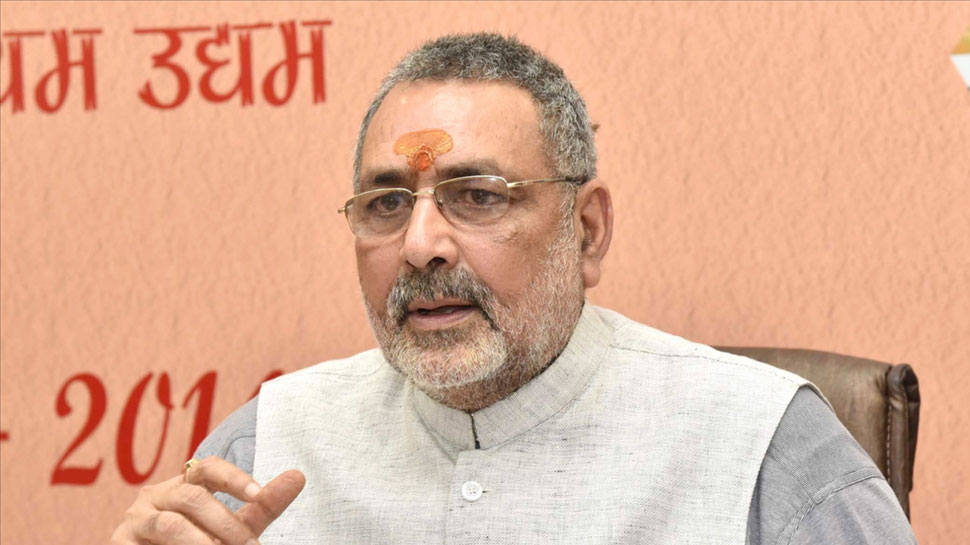 Patna, May 7 (IANS) Union Minister Giriraj Singh on Tuesday surrendered in a Bihar court in Begusarai district in connection with violation of the model code of conduct and granted bail.

According to the police Singh surrendered in the court of Chief Judicial Magistrate Thakur Aman Kumar.

Singh, who is the Bharatiya Janata Party (BJP) candidate from the Begusarai Lok Sabha seat, had made communal remarks on April 24 during an election meeting, where BJP President Amit Shah was also present.

Singh had said in Hindi: “Those who cannot say Vande Mataram or cannot respect the motherland, the nation will never forgive them. My ancestors died at the Simaria ghat and did not need a grave, but you will need…”

Taking suo motu cognizance, the Begusarai district administration in had on April 25 booked Singh for a code violation and under the Representation of the People Act for making controversial remarks against Muslims.

BJP Candidate Giriraj who had in 2014 won from Nawada has been shifted to Begusarai for mega polls 2019. Singh in a run-up to the national polls 2019 is facing a three-way competition with CPI‘s Kanhaiya Kumar and RJD’s Tanveer Hasan in the fray.

Begusarai to elect a new MP has already voted on April 29 as a part of Phase-IV.

Earlier, Election Commission had last week filed a case against Giriraj Singh for his remarks on “green flags”. FIR against the union minister was lodged under the Representation of the People Act sections 125 and 153 A, 295A, 171C, 188, 505, 298 of the IPC. The Election Commission alleged that Union Minister hurt the sentiments of a section of the minority group by hurling religious statements.

Phase-VI is slated for May 12. Counting of the votes will be held on May 23.