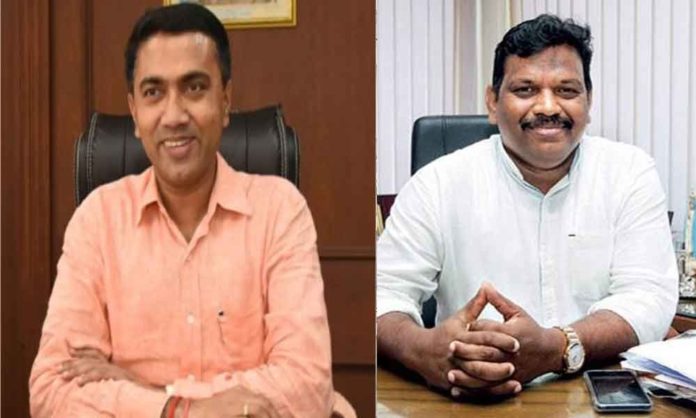 Micheal Lobo is a two-time MLA of Bharatiya Janata Party (BJP) from Calangute Assembly seat in North Goa. A two-term Lawmaker was seeking a cabinet berth for long.

Lobo has been demanding a cabinet berth since long. Chief Minister added that, ‘Very Soon, Lobo has kept patience and he needs to keep it for just little more now’.

It should be noted that Micheal Lobo had earlier clarified that he is not looking for Assembly Speaker post after the then Speaker Sawant resigned to assume the charge of Chief Minister after Manohar Parrikar‘s death.

The state cabinet led by Pramod Sawant currently has 12 ministers, the maximum as permitted under laws. Among all 12 Cabinet Ministers, 7 are from Bharatiya Janata Party (BJP), while 2 are Independent Lawmakers supporting Pramod Sawant-led Government. Rest 3 Lawmakers are from Goa Forward Party.

CM has to drop a minister from his Cabinet to make a way for Deputy Speaker Micheal Lobo.

The monsoon session of the Goa Legislative Assembly will start from July 15 and will continue till August 9. Earlier on June 4, BJP Lawmaker from Bicholin Assembly Seat Rajesh Patenkar elected as the new Speaker of Goa Assembly.

Currently, the Bharatiya Janata Party is heading a coalition government with 17 MLAs from Saffron party, Goa Forward Party has 3, MGP has one, while 3 are Independent MLAs.

While the opposition has 16 MLAs – 15 from Indian National Congress and a lone from Nationalist Congress Party (NCP).