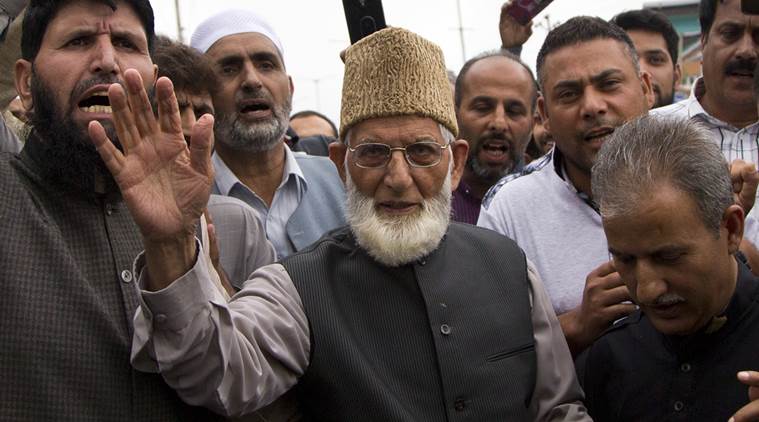 In a major step on Wednesday, Jammu and Kashmir Administration downgraded and withdrew the security of 18 Hurriyat leaders in the state.

As per the Home Department of the state, providing security to these Hurriyat Leaders is a waste of scarce resources which could be better utilize anywhere else.

Apart from these leaders, the security cover of 155 Politicians and Activists have also be downgraded, who did not require the security cover provided to them based on their threat assessment and activities. This is included Former IAS Officer Shah Faesal.

With the removal of security cover, over 1000 Police Personnel and 100 Vehicles are freed to do regular Police Work, the Home Department Spokesperson added.

Earlier on Sunday, The Jammu and Kashmir Administration has revoked security covers given to 5 Separatist Leaders including Mirwaiz Umar Farooq days after Pulwama Terror Attack that claimed lived of at least 40 CRPF Personnel. The other four are Shabir Shah, Hashim Qureshi, Bilal Lone, and Abdul Ghani Bhat.

Earlier, Reacting on the withdraw of the Security, Chairman of the All Parties Hurriyat Conference Mirwaiz Umar Farooq said in a statement, Calling it a ‘non-issue’ He said he never asked for it. “In fact, it was the government that insisted on keeping the personnel based on what they said was their assessment of threat perception. With or without these police personnel at Hurriyat residence all remains the same.”

In another development on Wednesday, National Investigation Agency took over Pulwama Attack Probe from Jammu and Kashmir Police.

Once again, an ordinance on ‘triple-talaq’ to be brought by Modi government
After AIADMK-BJP Pact, Congress inks Pre-Poll Alliance with DMK in Tamil Nadu for Lok Sabha Polls 2019
Comment