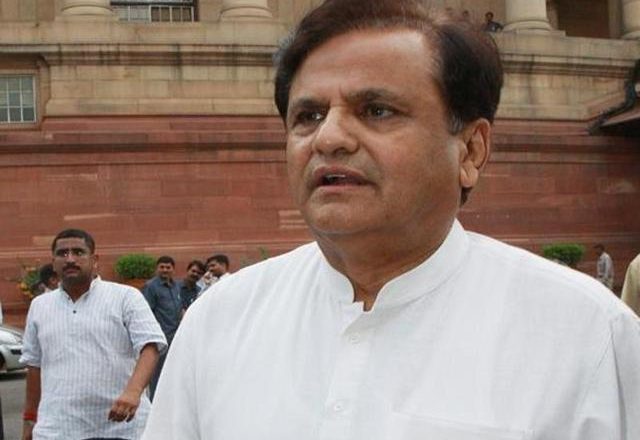 The senior leader of Gujarat Congress and Political advisor of Sonia Gandhi, Ahmed Patel filed his nominations for the Gujarat Rajya Sabha polls, this will be his fifth term if he gets re-elected.

Gujarat Congress is facing a period of indecisiveness after the party suffered cross voting in Presidential Polls and the recent exit of Shakersinh Vaghela from the party. However, many party members have expressed a feeling of relief at the resignation of Vaghela and Gujarat Congress general secretary, Ashok Gehlot has assured that there will be no cross voting in the Rajya Sabha Polls.

After filing the nominations Patel thanking Sonia Gandhi and Rahul Gandhi for nominating him said that unlike the Presidential election, there will be no cross voting during the Rajya Sabha polls.

Ahmed needs as many as 47 votes out of 182 in the assembly. Currently, the party has its 57 MLAs, even if 10 of its MLAs decide to cross vote, it still leaves the party with 47 votes and also lone JD(U) MLA and two NCP MLAs have pledged their support for him.

BJP will be announcing its candidates by Wednesday evening as along with Congress candidate Ahmed Patel, even the terms of two BJP MPs Smriti Irani and Dilip Pandya are also coming to an end.