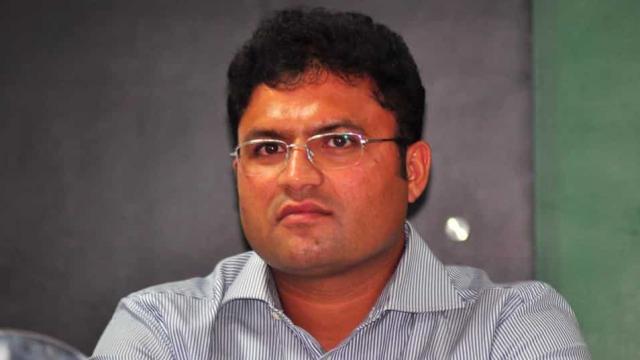 Angered over the absence of his name from the candidate’s list, former Haryana Congress Chief Ashok Tanwar resigned from all his office and responsibilities of the committee on Thursday.

The leader wrote a letter of his resignation addressing to the party chief. He posted a copy of the same on his Twitter account.

The leader said that he will now work as a primary member. As quoted by ANI, he said, “Few with vested interests cannot tolerate the emergence of new leadership in Haryana. I have written a letter to interim party president Sonia Gandhi asking her to relieve me of all responsibilities and from the committees in which I have been assigned responsibilities. I will work for strengthening the party as its primary member.”

Speaking on the list, Ashok Tanwar accused the party of indulging in selling tickets. He was found to be disappointed with his name being dropped off the party’s candidate list. Earlier on Wednesday night, Congress party had released the name of 84 candidates for the upcoming Haryana polls. He said that no criteria were followed while distributing tickets. He blamed internal forces for the weakening of the party. He said that the honest workers who worked with ‘blood and sweat’ are not being rewarded.

He also alleged that the Haryana Congress had turned into “Hooda Congress“. Previously on Wednesday, Ashok Tanwar and his supporters have gathered around in the national capital to protest over the manner of ticket distribution. The workers protested against Ghulam Nabi Azad as he is the party in-charge of Haryana state.

Ashok Tanwar was previously removed from his office of party president. Congress party appointed Kumari Selja in his place to lead the bastion of Haryana.

On being asked about his role in campaigning for the party, the leader said that he would take the final decision after someone reaches him.