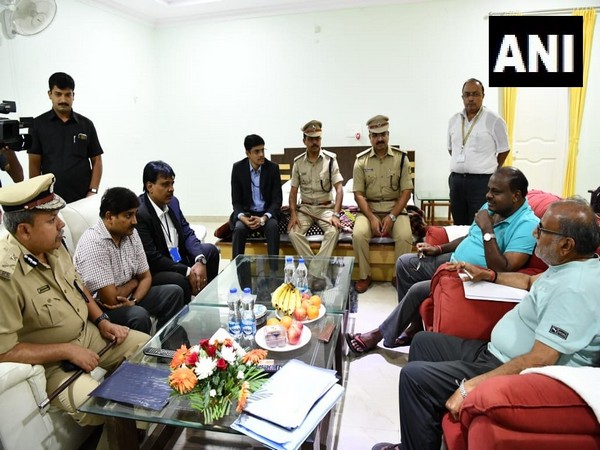 Karnakata Chief Minister HD Kumaraswamy who is on his ‘Grama Vastavya 2.0’ or ‘village stay programme’, held a meeting with senior officials in Raichur. Kumaraswamy had started the second edition of ‘Village Stay Programme’ on June 21 from Northern Karnataka.

HD Kumaraswamy had started his public outreach with the programme and is aimed to reach the masses living in the rural part of the state. He had started the second edition of the programme after his party, JD-S, faced a humiliating victory in the recently held national polls.

The programme is aimed to strengthen the party’s relation with the common people and try to understand their problem. HD Kumaraswamy had earlier said that this will increase the party’s position in the state and the outreach across too.

The programme is an extension of Grama Vastavya first started by the Kumaraswamy during his regime when he was the Karnataka CM in 2006-2007.

Chief Minister HD Kumaraswamy also met his party leaders, JD(S)–Congress Coalition Committee Chairperson SG Siddharamaiah and drafted the plan for the smooth functioning of the coalition government in the state.

The Congress-JD(S) Coalition Government in the state is facing rough patches ever since it is formed last year.