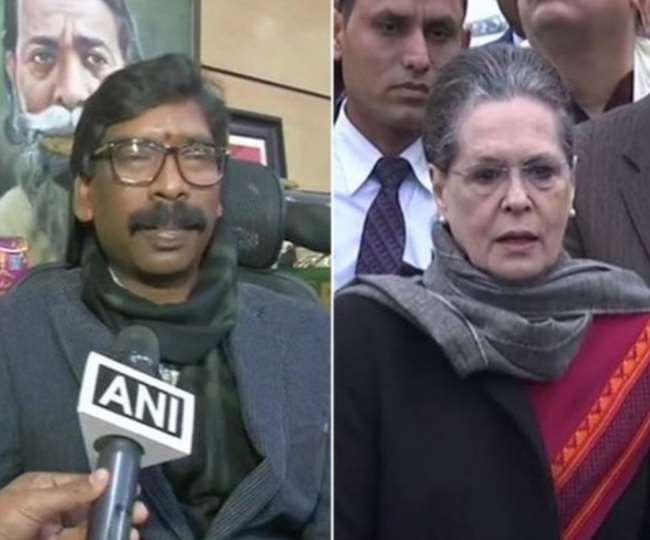 Hemant Soren, who is the Chief Minister designate of Jharkhand,  will meet congress president Sonia Gandhi and Rahul Gandhi on Wednesday to invite them for the oath-taking ceremony which is slated for December 29. Soren will meet top leaders of the Congress party and chalk out plan for government formation as the party is an alliance partner in the state.

Most likely, the Congress will be claiming deputy chief minister post for one of its senior leaders – either for Rajendra Singh or Alamgeer Alam.

The alliance of Congress-Jharkhand Mukti Morcha-Rashtriya Janata Dal won on the 47 seats out of 81 seats. In this alliance, JMM won 30 seats, while Congress bagged 16 and Rashtriya Janata Dal won one seat respectively. Bhartiya Janta Party had secured the second position in the state by bagging 25 seats. The remaining seats were won by other parties such as Jharkhand Vikas Morcha (Prajatantrik) winning on three seats, AJSU securing two seats, Communist Party of India (Marxist-Leninist) (Liberation) bagging one seat and NCP winning on one seat. The other two seats were won by independents candidates.