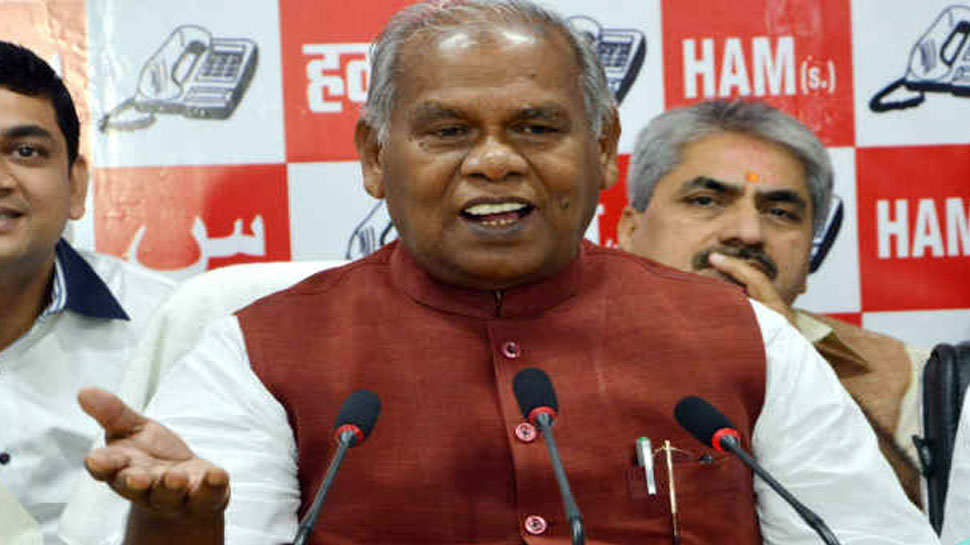 Speaking to media persons in a press conference on Friday, Former Chief Minister of Bihar Jitan Ram Manjhi announced that his party HAM (Hindustan Awami Morcha) will go solo in upcoming elections in Bihar. The party has taken a backstep from the grand alliance in the state.

Alleging the alliance, Jitan Ram Manjhi said that his party did not get its fair share of seats. As reported, He said “We did not get our fair share in the grand alliance. We got only three seats in Lok Sabha elections. Either we win or lose, but we will contest election alone.” he told the media that this decision has been taken up after the suggestions from party workers.

Bihar assembly elections are scheduled to take place next year. Every party is gearing up for the electoral race in the state. While Hindustan Awami Morcha has left the grand alliance, It has also ruled out the possibility of joining BJP-led NDA (National Democratic Alliance). He slammed NDA for not having any agenda.

He further said that the NDA coalition is running from real issues like development, corruption, and reservation. They are just focused on securing votes in the name of communalism and pseudo-nationalism.

HAM (Hindustan Awami Morcha) party was officially launched on 8 May 2015 by former Chief Minister of Bihar, Jitan Ram Manjhi. He had left the Janata Dal (United) along with 18 others to form his new party after the Bihar political crisis of 2015.

In Lok Sabha elections of 2019, the party contested fought in coalition with RJD (Rashtriya Janata Dal), Congress and few other parties. The grand alliance, popularly known as “Mahagathbandhan” faced an embarrassing defeat in the 2019 polls where only Congress secured a single seat.