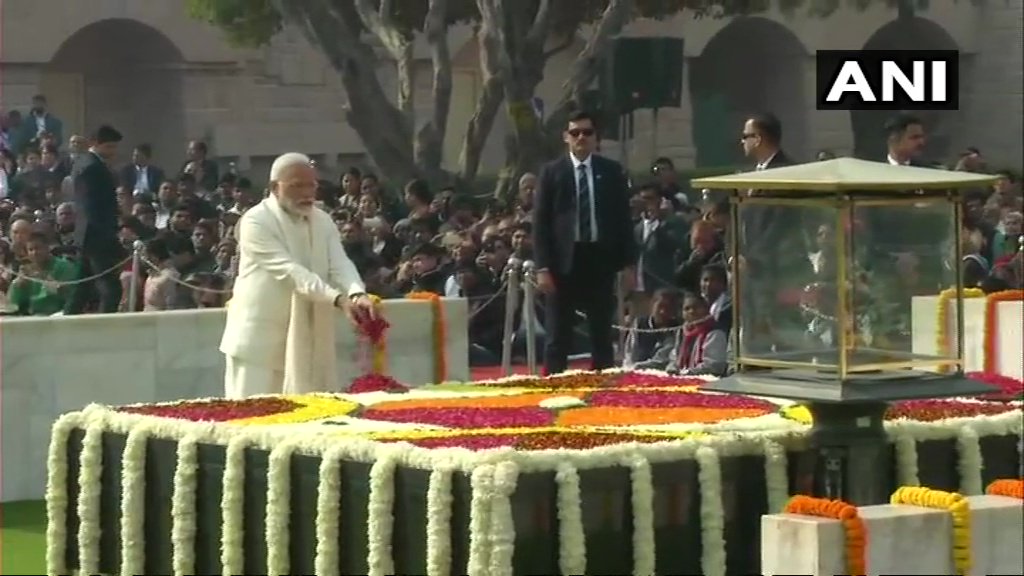 On the eve of the 150th birth anniversary of Gandhiji, Union Home Minister Amit Shah is set to launch the program of ‘Gandhi Sankalp Yatra‘. The Yatra is envisaged to propagate Bapu’s ideals and principles of non-violence, Swaraj and simplicity.

This initiative will be a four-month-long event. Earlier the program was to conclude on October 31 but now it has been extended to January 31, 2020. A 10-member committee has been formed to oversee the implementation of the program. General Secretary Arun Singh will be chairing the committee. BJP leader Nityanand Rai is also on the committee.

The saffron party has also instructed all of its Lok Sabha MPs to be in their respective constituencies today to start the Yatra. In Delhi, the Yatra will be spearheaded by Prime Minister Narendra Modi himself. He will then reach Gujarat and will take part in the various programs.

Rallies, meetings and “Prabhat Pheri” will be taken up under the Yatra. Ideals of Non-violence, Khadi, Tree plantation and Cleanliness iterated by the father of the nation will be put out as a theme. Countrywide “shramdaan” for plastic waste would also take place in all the gram panchayats, urban local bodies, schools, etc. on the eve of October 2.

Previously speaking to the media regarding the preparations of the Gandhi Jayanti, Home Minister Amit Shah had said; “The BJP is committed to implementing the ideals and principles of Gandhi. We have to reach every household with Gandhi’s message of cleanliness, non-violence, swadeshi, swaraj and saadgi (simplicity).”