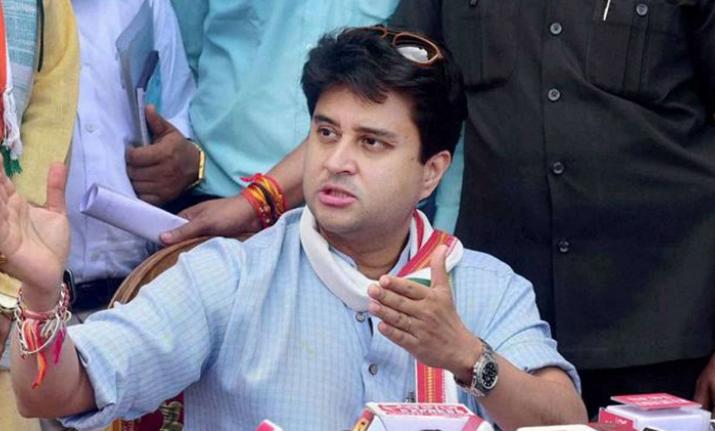 Congress General Secretary and a nominee from Guna Lok Sabha Seat Jyotiraditya Scindia on Sunday exercised his franchise in Madhya Pradesh and said his party is hopeful of getting good results in the national elections 2019. Speaking to media after casting his votes, Scindia said, ‘I am hopeful and positive that party will get good results in the state’.

Talking to media persons, Scindia slammed Bharatiya Janata Party (BJP) for raising the nationalism issue in the poll campaign and said, “Patriotism is not a personal property of a single party as it belongs to every citizen of the country.”

Responding to a question about BJP fielding Malegaon Blast accused Sadhvi Pragya Singh Thakur, Scindia said ‘People have the right to elect a right candidate while every party has the right to field any candidate’

Scindia also racked up Bharatiya Janata Party-led NDA government releasing Jaish-e-Mohammed (JeM) leader Masood Azhar. Congress Candidate from Guna Lok Sabha Seat said, “It is quite strange that the party under whose government the parliament of the country attacked talks about the nationalism”. He further added that “It was their rule under which Foreign Minister escorted Masood Azhar to Pakistan”, he added.

Guna Lok Sabha Seat voted on May 12. Lok Sabha Polls 2019 has already begun and is being across seven phases from April 11 to May 19.