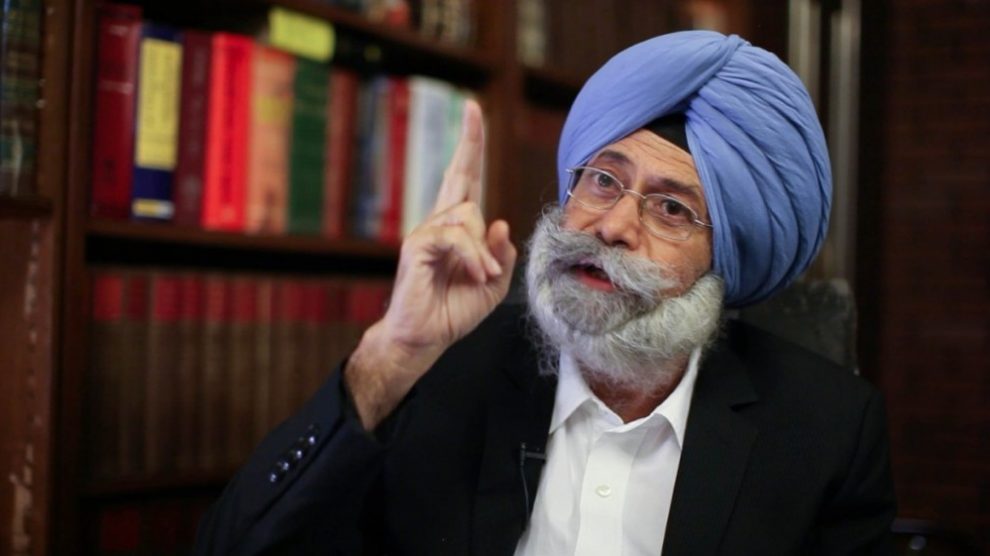 HS Phoolka, Senior Supreme Court lawyer has been appointed as the leader of opposition in Punjab Assembly. Sukhpal Singh Khera is the new chief whip.

The main aim of the meeting taking place was to discuss the reason of failures in Punjab. Before the results, Aam Aadmi Party had predicted to form government in the state and even the exit polls had shown AAP in tough fight with Congress. However, as the results announced, the dreams were shattered as the party was reduced to a distant second position with congress sweeping 77 seats out of 117. Aam Aadmi Party won just 20 seats followed by the coalition of Akali Dal and BJP which had 18 seats.

HS Phoolka, 62 year old supreme court advocate is famous for fighting cases of 1984 anti-Sikh Riot victims. He had resigned from all his posts within AAP in 2015 to focus on fighting cases for the victims of riot. He is the only prominent leader to have won in the recent Punjab assembly elections.

Speaking after being elected as the leader of opposition, Phoolka said that AAP in Punjab will make sure to raise concerns of the farmers and other sections in the assembly as well as work on the streets to make their demands heard.