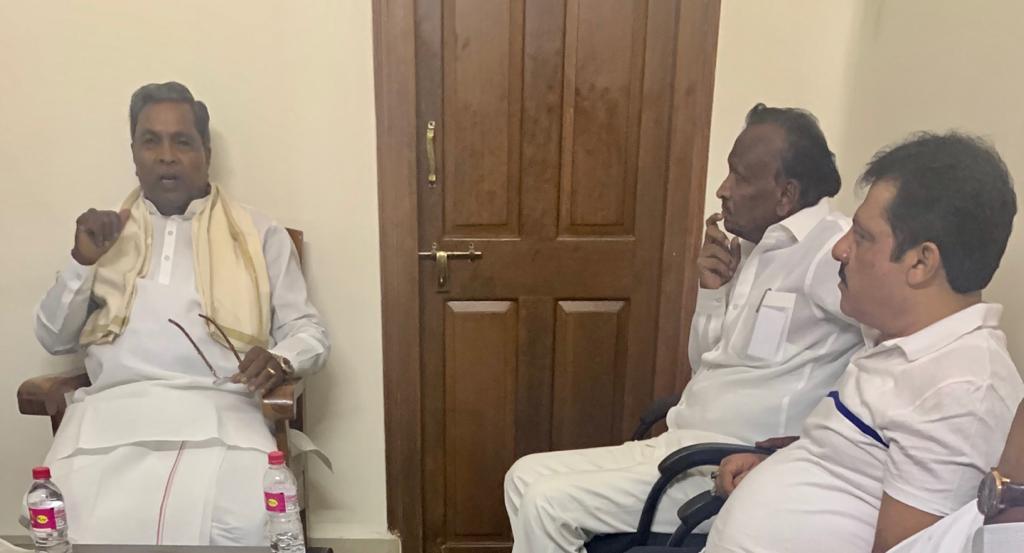 It should be noted that Hoskote MLA MTB Nagaraj along with Chikballapur MLA Congress MLA Dr. K Sudhakar had resigned from the Karnataka Assembly on July 10.

However, after meeting the Congress Minster DK Shivakumar, Nagaraj said he will speak to K Sudhakar Rao and then see what is to be done.

Addressing the media after 3 hour-long meeting with DK Shivakumar, MTB Nagaraj said, ‘Situation was such that we submitted our resignations but now DK Shivakumar and others came and requested us to withdraw resignations, I will speak to K Sudhakar Rao’.

‘I will what can be done, after all, I have spent decades in Congress’, said Hoskote Legislator after the meeting with Congress Minister DK Shivakumar.

DK Shivakumar, after the meeting, ‘We have worked for 40 years for the party, there are ups and downs in every family. We should forget everything and move forward. Happy that MTB Nagaraj has assured us he will stay with Us’.

It should be noted that Former Chief Minister SG Siddaramaiah on Friday asserted that he is confident that the coalition government will win the vote of trust in the Karnataka Assembly.

Chief Minister HD Kumaraswamy on Friday announced that he will prove his majority in the State Assembly. Chief Minister has asked the Assembly Speaker KR Ramesh Kumar to fix a time saying that he would seek a floor test.