He took to the microblogging site Twitter and greeted people on New Year and also took a dig at the central government. He wrote, “As the new year begins, we remember those who we lost and thank all those who protect and sacrifice for us. My heart is with the farmers and laborers fighting unjust forces with dignity and honor. Happy new year to all.”

The Congress leader has slammed the government on a few events on the side of the farmers protesting the three controversial farm laws passed by the Center in September last year. On December 24, after meeting with President Ram Nath Kovind alongside other party leaders to requests made by the farmers, Rahul Gandhi said, “India is now an imaginary democracy.”

On December 27, Rahul Gandhi criticized the union government over the protests, saying that the farmers should keep walking and not be scared of the ‘bluster of the government’.He used a modified version of Dwarkaprasad Maheshwari’s popular poem “Veer Tum Badhe Chalo” to make the point. “Keep walking O brave one, patiently you move ahead. Doesn’t matter if there is a water cannon shower or bluster/bravado, you don’t fear, O fearless one. You remain firm and walk on. O ‘anna data’, you keep walking,” he said in a tweet in Hindi.

Many farmers have been fighting for longer than a month against the new farm laws. Their interest that the three homestead laws be canceled has not been acknowledged by the central government. Even after a few rounds of talks between the two parties, the centre has just recommended amending the laws. The farmers have, in any case, said they will acknowledge nothing, not exactly complete revoking of these laws.

Another round of talks between the two parties is going to occur on January 4. 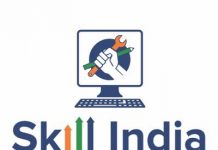