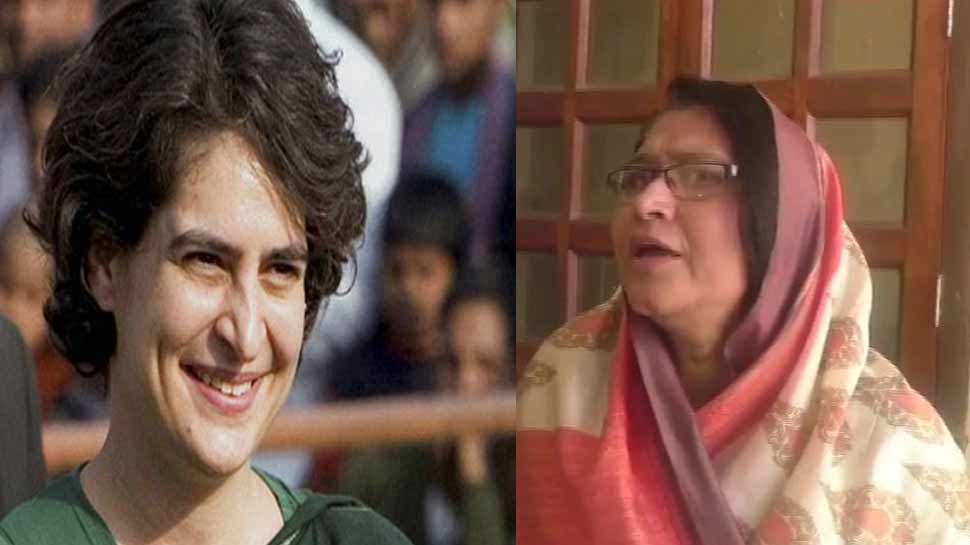 In a major setback to Congress ahead of the last phase of elections, it’s Uttar Pradesh‘s Bhadohi Chief Neelam Mishra on Saturday resigned from the grand old party. Mishra resigned the party alleging it of ignoring the local leadership by giving a ticket to an outsider.

Neelam Mishra speaking to a news agency ANI said, “Lok Sabha ticket was given to an outsider Ramakant Yadav who came from Bharatiya Janata Party. It was a huge blow for us. In a meeting, we tried to talk to Priyanka Gandhi about it. But she got upset & said insulting things”.

Bhadohi: Congress district president Neelam Mishra quit the party yesterday; said,"LS ticket was given to an outsider Ramakant Yadav who came from BJP. It was a huge blow for us. In a meeting we tried to talk to Priyanka Gandhi about it. But she got upset & said insulting things" pic.twitter.com/bzStwdLlyL

She further claimed that when the local leadership approached Priyanka Gandhi, she got angry and use such words that should not have been used by a general secretary of any party.

Following the resignation of Neelam Mishra from the grand old party, Bharatiya Janata Party Spokesperson Sambit Patra slammed Congress and said it exposed the ‘Namdaar’ mentality of the Congress Party. Slamming the Congress, Patra said Priyanka Gandhi used derogatory Language and it also exposed the farcical claims of party of treating everyone with love.

Bhadohi Lok Sabha Seat would vote in the 7th phase of the Lok Sabha elections on May 19. Bharatiya Janata Party (BJP) has named Ramesh Chand who is up against Ramakant Yadav of Indian National Congress and Rangnath Mishra of BSP.

Polling in Uttar Pradesh’s 80 Lok Sabha Seat is being spread on all seven phases. 13 Lok Sabha seats of the state will go to polls in the last phase of the election slated for May 19.