The Indian Wire » Politics » Congress to hold its CWC Meeting on August 10; likely to take up leadership crisis issue 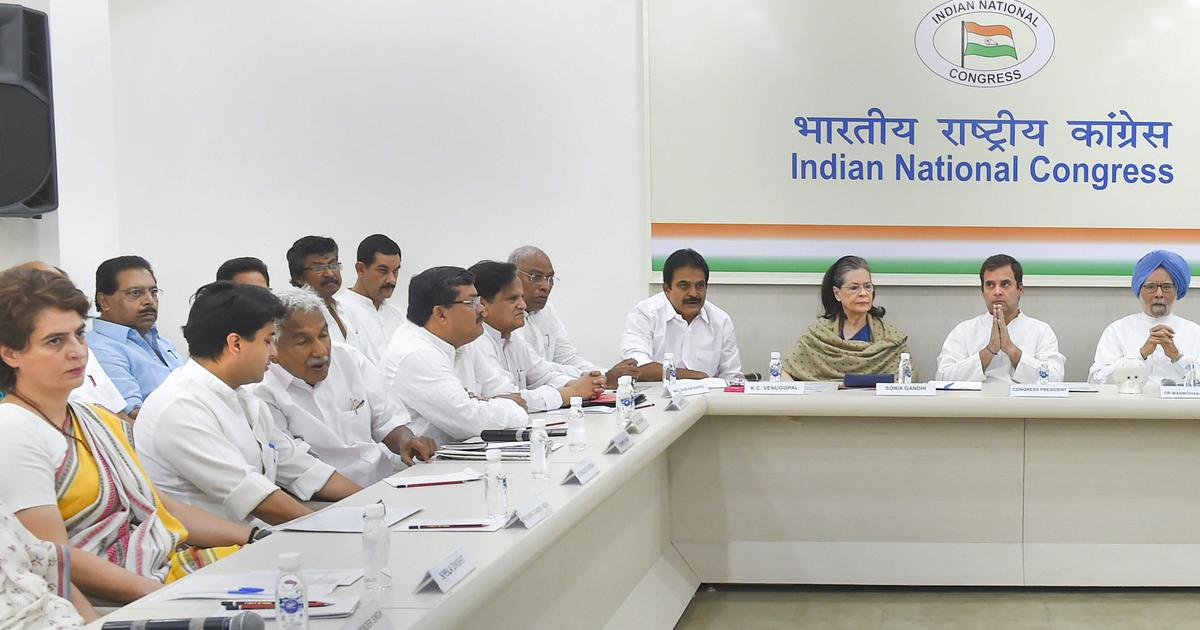 The Congress Working Committee, highest Decision-making body of the grand old party,  will meet on August 10. The party will brainstorm to find Rahul Gandhi‘s successor at the high level meeting slated to be held at the All India Congress Committee (AICC) headquarters in the national capital.

Party’s General Secretary KC Venugopal in a tweet, said, “It has been decided to hold the next Congress Working Committee Meeting on Saturday, 10th of August, 11 AM at AICC.”

Last week, Party has announced that it will host its Working Committee (CWC) meeting after the conclusion of the ongoing parliament session, national spokesperson of the party Randeep Singh Surjewala had said.

The ongoing session of the parliament started from June 17 and was originally slated to end on July 26. However, the parliament session has been extended by the Union Government till August 7 to give a push to some important legislation.

The grand old party, Indian National Congress, is currently facing the leadership crisis. This will be the first CWC meeting after Rahul Gandhi officially stepped down from Congress President Post saying that he is responsible for the party poor show in the national elections 2019.