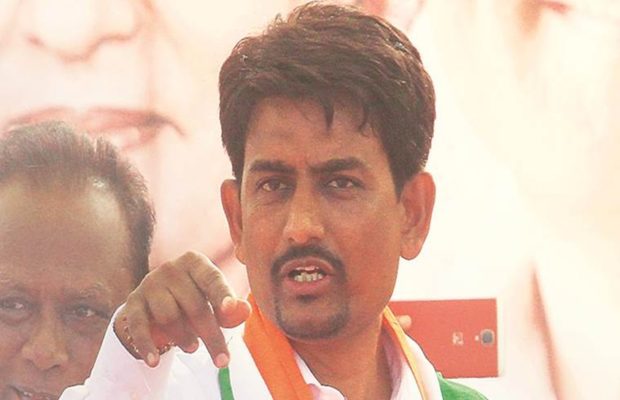 What can be dupped as big blow to Congress ahead of the Phase-I of voting, its OBC Leader in Narendra Modi‘s Bastion Gujarat Alpesh Thakor has announced his disassociation from the party.

Zala while confirming the development said, ‘Thakor Sena committee in the state passed a resolution asking us three Congress Lawmakers namely Alpeshji, me (Dhavalsinh Zala ) and Bharatji Thakor to leave Congress to protest against the ignorance of Thakor community by the party in a run-up to the national elections’

However, he said that he has plan so far to join any other party.

He further added that ‘Alpesh Thakor is out of Gujarat, when he comes back we will take a further decision‘.

Dhavalsinh Zala, Congress: Thakor Sena core committee have held a meeting. In that meeting they gave an ultimatum to leave Congress. Right now, Alpesh Thakor is out of Gujarat, when he comes back we will take further decision. #Gujarat pic.twitter.com/nPRzvpsuR4

READ: Here is the full list of Candidates announced by Congress-led UPA

The Development came hours before 91 Lok Sabha Seats across the nation is set to vote on April 11.

Earlier in March this year while rejecting speculations about him joining the Bharatiya Janata Party, Thakor reportedly said that he would continue to fight for the rights of the Thakor community and would stay with Congress party.

While in another development, a Congress former MLA from the same community Jodhaji Thakor Galabji joined Bharatiya Janata Party on Tuesday.