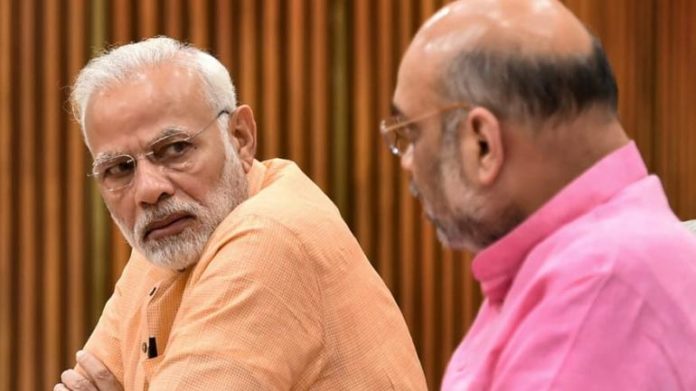 The Indian National Congress on Monday approached the Top Court against BJP Chief Amit Shah and Prime Minister Narendra Modi in connection to the incidents of Poll Code Violation against them. The plea filed by the Congress MP Sushmita Dev said she had to move to the highest Court after Poll Commission’s ‘Inaction’ on the complaints against BJP Chief and PM Modi.

Dev, Congress MP from Silchar in the plea seek urgent and necessary directions to the Election Commission to take a decision on the complaints filed against PM Modi & BJP President Amit Shah over alleged violations of the Model Code of Conduct.

The Top Court has agreed to hear the plea will take up the plea tomorrow for hearing.

The petition filed by the All India Mahila Congress Chief, Dev in her plea has accused PM Modi and Amit Shah of violating the Model Code of Conduct by – seeking votes in the name of religion and polarisation of votes, invoking armed forces in the campaigns, taking out rallies on an election day.

She claimed that Inaction of the Poll Commission has forced her to approach the Top Court.

Earlier on Saturday, the Congress Leader Abhishek Manu Singhvi while addressing a presser said that they will approach the Top Court if EC continuous to be inactive against the complaints on PM Modi and Amit Shah.

Taking a jibe, Congress Leader said it is quite unfortunate that Model Code of Conduct has now become ‘Modi’ Code of Conduct. Earlier the Congress Delegation met EC officials and requested to take action against BJP Chief and PM Modi.

He further said, ‘Both PM Modi and Amit Shah in last 20 days have given many such speeches, from asking people to vote in the name of Army to holding a roadshow after casting his vote in Ahmedabad, But EC is taking no action against BJP Chief and PM Modi’.

It is noteworthy that PM Modi while addressing a poll rally has asked first-time voters in the name of CRPF Personnel who lost their lives in Pulawama Terror Attack. He had on April 23 held a roadshow in an open vehicle after casting his vote in Gujarat’s Ahmedabad.

General Elections 2019 is being across seven phases starting April 11 to May 19. The voting on 72 Parliamentary constituencies as a part of Phase-IV is underway today.