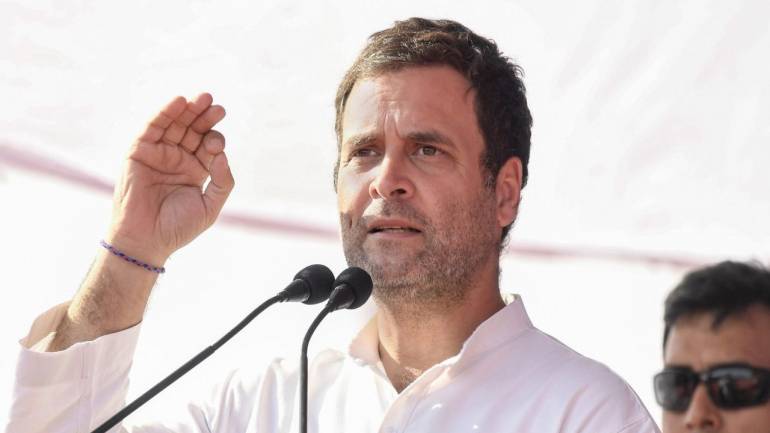 Congress Lok Sabha MPs on Wednesday requested Rahul Gandhi to continue as party president. However, Sources claimed that Wayanad MP had rejected the proposal and was determined not to take back his resignation as the Congress President.

If reports to be believed, during the parliamentary party meeting which was chaired by Sonia Gandhi, Congress MPs including Shashi Tharoor and Manish Tewari requested Rahul Gandhi that the entire organization takes responsibility of the party’s poor show in the last month concluded national polls.

Both – Tharoor and Tewari – said that Rahul Gandhi is not be blamed for the poll Disaster rather its the responsibility of the whole party and the entire party takes it.

Sources: In the Congress Parliamentary party meeting chaired by Sonia Gandhi, Rahul Gandhi was determined not to take back his resignation as the Congress President. (Visuals after the conclusion of the meeting) pic.twitter.com/ia7o9AoxnU

In the meantime, Members of Youth Congress and workers of the party on Wednesday demonstrated outside the residence of Congress President Rahul Gandhi urging him to take back his resignation and continue as the party President.

Rahul Gandhi, soon after the poll outcome, had on May 25 offered to step down from his post at the Congress Working Committee (CWC) meeting. Reportedly despite the CWC rejected his resignation, now an MP from Wayanad, Rahul Gandhi is said to be unfazed and don’t want to continue as party president.

Congress had on May 25 held its Working Committee meeting to discuss the reasons responsible for its poor performance in the national polls 2019. Rahul Gandhi taking moral responsibility of defeat had offered his resignation and asked party leaders to get a new name for party president post.