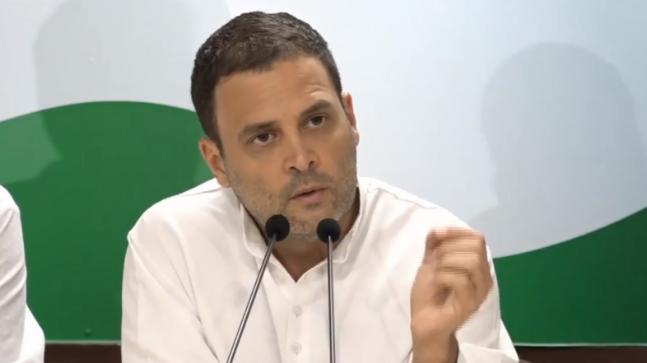 After another major setback in the national elections 2019, Congress Working Committee is likely to meet today to introspect its humiliating defeat. Sources familiar with the development claimed that there is no agenda set for the CWC meet however party is most likely to discuss the reasons for the debacle in the national polls.

Party top Committee is also likely to chalk out future strategies. The party will also discuss the outcome of the Uttar Pradesh, where Congress President Rahul Gandhi failed to retain its stronghold Amethi.  Congress despite its extensive campaign only managed to win a single seat of Sonia Gandhi‘s Rae Bareli.

Sources further added that party will introspect its complete debacle in Madhya Pradesh, Rajasthan, and Chhattisgarh, where it had in December, won the State polls. All the top brasses of the party and Incharges have been asked to put their proposal openly in front of the committee, sources added while further revealing the details.

If rumors to be believed Congress President Rahul Gandhi is likely to offer his resignation accepting moral responsibility for the party’s poor show in the national elections. Congress Chief and now an MP from Wayanad wants to make it clear that he is also accountable for the party’s humiliating performance which is not even better than 2014.

In 2014 national elections, the Congress had won 44 seats, the lowest-score in its history, however, it improved its tally marginally by 8 to reach 52 in this 2019 national polls. However, it has lost some of its strongholds across the country including Rahul Gandhi’s Amethi in Uttar Pradesh and Jyotiraditya Scindia‘s Guna in Madhya Pradesh.

The Bharatiya Janata Party in the latest polls has secured 303 seats, which is 22 more than it got in the 2014 elections and along with its allies, the NDA took it’s tally up to 352 seats in the recently concluded Lok Sabha elections.