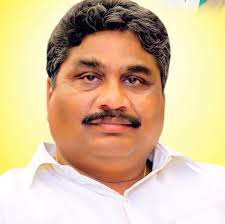 In a series of raids, the I-T Department raided the office of Modugula Venugopala Reddy, YSRCP candidate from Guntur.

Citing the different raids happening across the state the candidates had come forward saying that this an election tactic played by PM Modi ahead of the 2019 polls.

“Why am I being targeted? Why is the TDP being targeted? Deliberate attempt by PM to influence polls. Moving towards state of emergency and fascism,” Mr. Galla had said.

Mentioning about the raids conducted at Jayadev Galla’s office, the Central Board of Direct Taxes [CBDT] said that cash worth Rs.45.4 lakh was collected. Jayadeva Galla, Managing Director of the Amara Raja group is said to be the richest Lok Sabha candidate having assets more than 680 crores.