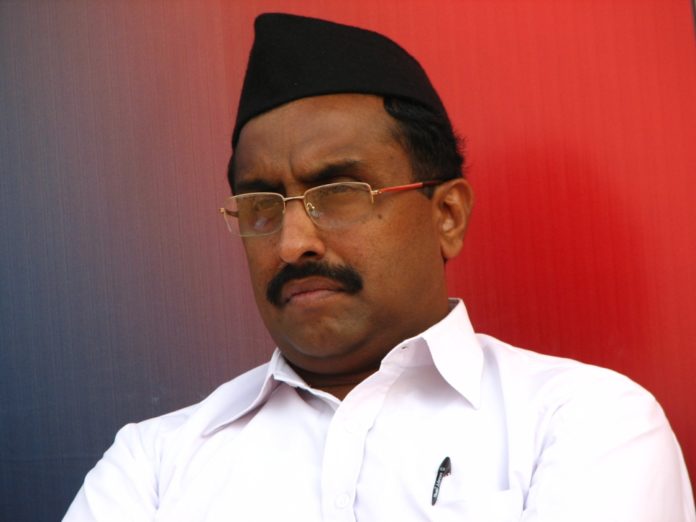 He asserted that previously, Pakistani terrorists would come to India and trigger bomb blasts killing innocents but now India in return enters their home and punishes them.

On talking about National Security, R Madhav said that it has strengthened under the ruling Government i.e. the BJP.

Also asserted that the Country, in the hands of Modi, is most secure.

As per the BJP Secretary, PM Modi created “non-corrupt India”.

Ram Madhav claimed that India was known for corruption but it had shed its negative image and all its credit goes to Narendra Modi, as per Ram Madhav.

Madhav, who is connected well to the Rashtriya Swayamsevak Sangh (RSS) also considered in his speech, to say that the BJP government had succeeded in creating a peaceful and ‘united’ India as a result there has been no ‘communal’ violence, no ‘riots’ and no ‘strike’ across the country in the last five years.

He also praised the Country as one of the fastest growing economies of the World.

Quoting a report, he said that China had a slower growth rate than India.

Madhav also took to saying that the country had the most stable economy in the world and is soon expected to be the world’s third largest economy by 2030.

He said, “We created a dignified India and given dignity to women by constructing accessible toilets to stop open-defecation as well”

Speaking at the state convention of the BJP unit of Manipur, R Madhav appreciated the scheme of providing bank accounts to poor people.

As per him, it is done to provide everyone a place in the country’s economy, which, according to R Madhav never happened before Modi came.

Also R Madhav added that without Modi there would be no stability, which would result in anarchy, economic downturn and we Indians would have to lower our heads in shame abroad.

Further, Madhav said that the BJP was looking forward to win both the Lok Sabha seats in Manipur.