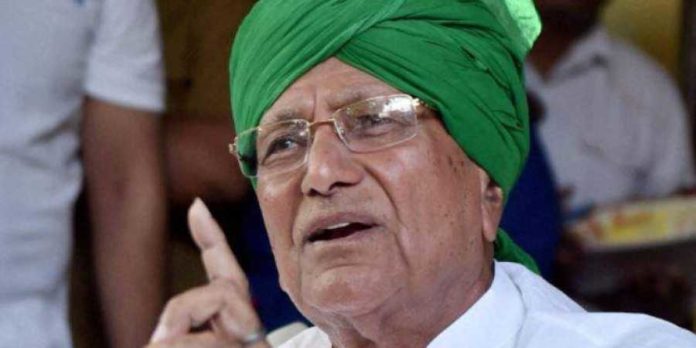 The Indian National Lok Dal (INLD) on Wednesday announced its first list of Candidates in Haryana for ongoing national elections 2019. The party in a run-up to the mega polls declared its nominees on Ambala, Karnal, and Sonepat among others.

The party has announced the following candidates:

Speaking to the press on the Occasion, Party Leader Abhay Chautala said ‘the Candidates on the remaining 4 seats will be announced later after the consultation with Om Prakash Chautala’.

The INLD in a run-up to the mega polls will be taking on the Bharatiya Janata Party, Indian National Congress and Aam Aadmi Party who has entered into an alliance with Dushyant Chautala’s Jananayak Janata Party (JJP).

Out of the two seats that party had won in 2014, one of which is Sirsa Parliamentary Seat where the party has retained its sitting MP Charanjit Singh Rori. While the other seat that party won was Hisar.

In Hisar Parliamentary Seat, Dushyant Chautala had defeated Kuldip Bishnoi of the HJC-BJP alliance by a slender margin of 30,000 votes.

The INLD is facing trouble ever since its Hisar MP Dushyant Chautala floated his own party, Jananayak Janata Party (JJP). After the spilt, INLD has failed miserably in the 2018 Jind by-poll with its candidate forfeiting his security deposit.