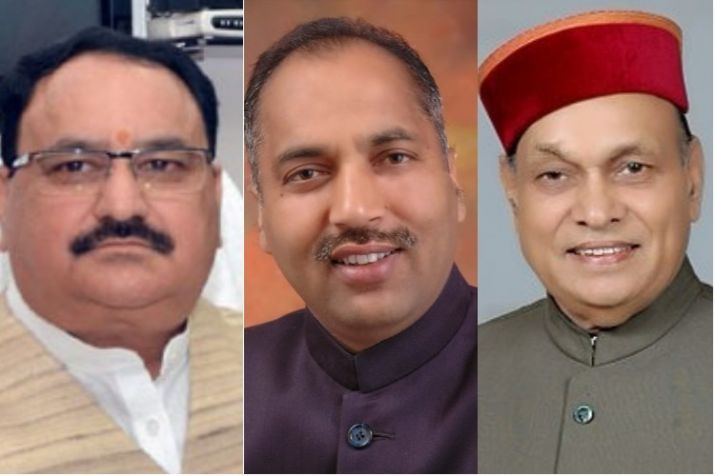 Unlike in Gujarat, the Bhartiya Janta Party won the Himachal Pradesh assembly elections with a greater majority. The party nailed 44 of the total 68 seats, while in Gujarat it managed to marginally win 99 of the total 182 seats. Congress, with Virbhadra Singh as the Chief Minister, was ruling the state, until now. But, as per the trend that Himachal has followed for so many years, it has a change of party forming the government in the state in every five years and so has it done by voting the BJP to power this year.

Soon after the results were announced, the BJP parliamentary committee appointed a two-member team, each to be sent to Gujarat and Himachal Pradesh to decide on the next Chief Ministerial face for the respective states. the team appointed for Himachal Pradesh comprised of Defence Minister Nirmala Sitharaman and Rural Development Minister Narendra Singh Tomar. The two-member team reached Himachal Pradesh and held a number of meetings with many MLAs to know their opinion. On Friday while, the team met various party leaders and RSS functionaries, to select the next Chief Minister, a sharp rift emerged between the supporters of Prem Kumar Dhumal and Jai Ram Thakur.

Since Prem Kumar Dhumal was no longer the default choice of BJP for the top post in Himachal, the other two contenders in the race were Seraj MLA Jai Ram Thakur and Union Health Minister JP Nadda. However, according to the sources, of the two choices, Thakur was being given the priority. The major reason behind Jai Ram Thakur being the favorite is that if the party keeps in mind the caste equations in Himachal, and pots to make a Rajput leader the CM, Thakur is the right candidate.

According to the sources, the team met RSS leaders and BJP’s core group members, but they restrained from meeting many MLAs, fearing, even more, shouting and sloganeering. The team left for Delhi later in the evening, where it will submit its report and the central BJP parliamentary board will take the decision accordingly.

The supporters of Prem Kumar Dhumal claimed that of the 44 MLAs, at least 26 were his men and added that even though he lost his own seat, the former Chief Minister was one of the reasons for the victory of BJP in Himachal. The also questioned the decision of the central leadership to shift Dhumal from his original seat at Hamirpur to Sujanpur, where it was clear that despite his candidature, it was difficult to defeat the Congress leader, Rajinder Rana. The blamed that since he was shifted to Sujanpur, where Congress had its strong foothold, Dhumal lost the elections.

In attempts to still be able to become the Chief Minister, Dhumal is trying everything possible. It is also being said that Virendra Kanwar who won from the Kutlehar seat, is ready to give up his seat for Dhumal.

While many are backing Dhumal, several BJP members in Himachal are also of the view that Jai Ram Thakur who holds a strong RSS background, deserves to be given a chance to hold the post.

BJP leader and Kangra MP Shanta Kumar , not very happy with the sloganeering in front of the central observers, said that the indiscipline should not have been tolerated.

According to the sources, once the final call is taken by the central leadership as to who will be the next Chief Minister of Himachal Pradesh, a meeting of BJP legislature party would be called after which the nominated candidate will take the oath. The final decision will most probably be taken by Prime Minister Narendra Modi and BJP Party President Amit Shah.

Also, another contender, JP Nadda, who could not reach to Shimla to attend the meeting with Nirmala Sitharaman and Narendra Singh Tomar, he is most likely to hold discussions with the team in Delhi, before the decision is taken.

Meanwhile, on Friday the two member team comprising Finance Minister Arun Jaitley and party general secretary Saroj Pandey, appointed to decide on the probable names for the Chief Minister of Gujarat, announced its final call. Jaitley in a press conference announced that the incumbent Chief Minister Vijay Rupani will continue to hold the post for a second term.