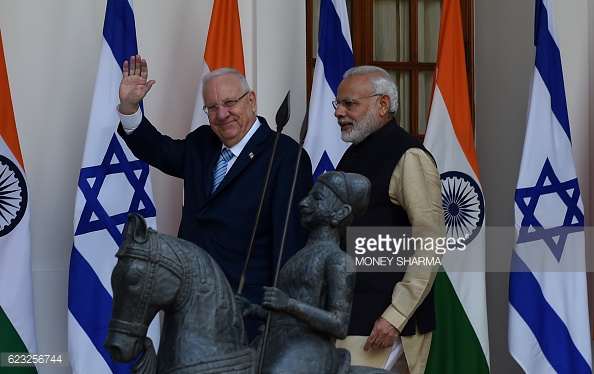 PM Modi's visit to Isreal is termed as "like no other' as this is a very important meeting to Israeli-Indians and Indian-Israelis.

First ever Indian Premier for Israel! An opportunity for Israel community of India as well as for the Israel itself. It is surely a landmark moment for Israel as this Jewish state was seeking friendship with powerful countries. They have found one more customer for their advanced military equipment. Narendra Modi‘s visit will surely raise the profile of Jewish Indians in Israel.

Israel has done a lot of preparations for Pm Modi. Arrangements include the presence of PM Benjamin Netanyahu, head of major religious sects, and Israelis have made and arrangement of seven buses for Indian Israelis to meet PM Modi. They have booked the same suite for him in which US President Donald Trump stayed and is only reserved for US Presidents and Pope. He’ll be given a red carpet welcome. The bar has been removed from the hotel premises to make sure that it holds no media attention. Israelis are trying their best to impress PM Modi. For this, they are trying to pre[are Indian cuisines which will surely tempt his austere appetite. No meat will be severed except fish and too for the Modi’s delegations. A special tea cosy will be produced for Modi’ tea service. PM Netanyahu will be with PM Modi throughout his three-day tour to Israel till his departure.