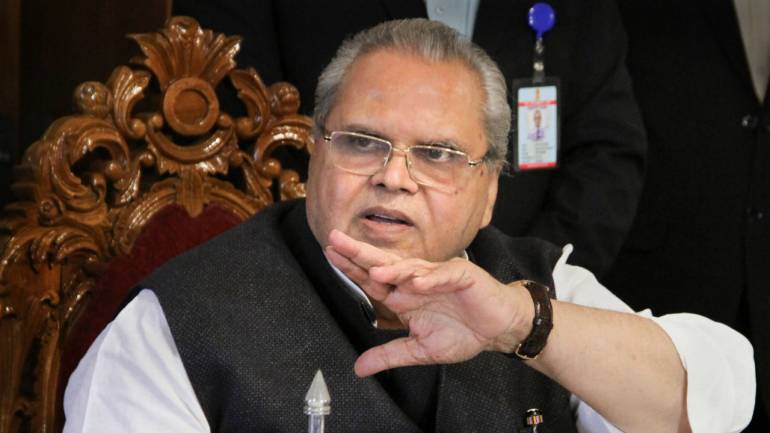 Jammu and Kashmir Governor Satya Pal Malik, while speaking to media told that the erstwhile state is returning to complete normalcy. He described the existing environment in the region as peaceful.

Section 144 has also been lifted from the region, which has increased people’s confidence in the administration. Satya Pal Malik has been continuously assessing the situation on the ground level and monitoring the administration of newly formed Union territory.

The Governor also lauded the efforts of the Modi government and showed appreciation to Modi’s speech. He told that the national address given by Prime Minister on revoking of Article 370 has had a calming effect on people.

Jammu and Kashmir Governor, Satya Pal Malik: PM Modi's speech has had a calming effect. The situation is peaceful. Relaxations will be given before and on Eid. The festival will be celebrated in a proper manner. pic.twitter.com/iPu1pB5mIf

Modi government scrapped Article 370, Article 35A and bifurcated Jammu and Kashmir into two Union Territories (UTs) earlier this week. President Ram Nath Kovind also gave his assent to the legislation on Friday, that will come into existence on October 31.

Jammu & Kashmir and Ladakh to come into existence as separate Union Territories on October 31. pic.twitter.com/5FrN5PKkSs

He also informed the media that for ensuring essential and basic services (water, sanitation, and power supply) to people, 1600 employees are on duty. For this, Langars have been organized at various hospitals and other places. In Kashmir alone, over 10,000 people are holding onto their duties. He informed that the newly formed Union territory has a good stock of two month’s ration and there exists proper stock of petrol, diesel, and LPG to meet people’s needs.

He said that the ATMs are currently operational and there is a good flow of money. Additionally, for August, an advance salary for daily wage workers has also been released.

J&K Governor: 1600 employees are on duty to ensure essential services like power supply, water & sanitation. 10,000 people in Kashmir are reporting for their duties. Most bank ATMs are operational. We've released advance salary for August of daily wage workers. https://t.co/49RanP8bK4

On being asked about the administration’s preparation for upcoming Eid-ul-Azha, he assured that arrangements have been made for over 2.55 lakh goat/sheep and there will be a proper celebration of the festival.

Jammu & Kashmir Governor, Satya Pal Malik: I today visited the Lalla Ded Hospital and GB Pant Children Hospital. There are round the clock services at hospitals. Cash has been disbursed for medicines, patient welfare and for fuel for ambulances. pic.twitter.com/tig6QGn2ms