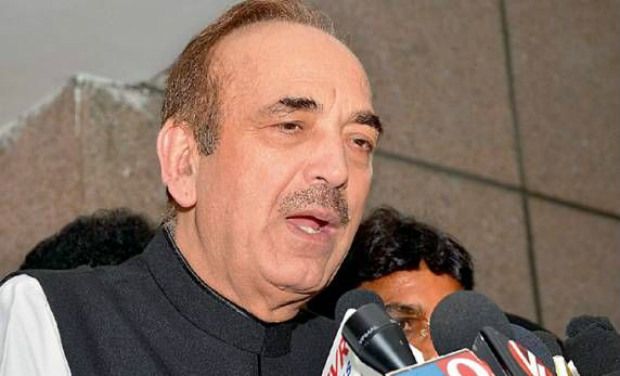 Adding fuel to the fire of political tension in Jammu and Kashmir, Congress senior leader Ghulam Nabi Azad is being sent back to Delhi. He has been stopped from visiting his home in Kashmir and told to comply with the orders.

It is being said that Ghulam Nabi Azad was not even allowed to go out of the Airport. Ghulam Nabi Azad who boarded an early morning flight to visit his home and attend party meetings in the Kashmir region is now being sent back to the national capital. This has created an atmosphere of suspicion.

As quoted by ANI, He told “I always go after the end of the Parliament session. I have not asked anyone for permission. I am going to join the people in times of (their) suffering.”

On being asked about his views on the Kashmir situation, The leader said that the population of Jammu and Kashmir is very much angry since there have been many restrictions put onto them. The curfew-like situation has been imposed in the region. There has been an internet shutdown from few days. Even the vehicular movement is restricted.

In the press, Ghulam Nabi Azad criticized NSA (National Security Advisor) Chief Ajit Doval‘s interaction in Shopian with the local Kashmiri population. He accused the ruling government of buying up people for a political stunt.

As much as 300 political leaders, including former Chief ministers Mehbooba Mufti and Omar Abdullah, have been put under custody for avoiding political tensions.

Centre has also deployed over 40,000 troops in Jammu and Kashmir. Jammu and Kashmir have lost its special status owing to the repeal of Article 370. The former state has also been divided into 2 Union territories. Congress and other opposition parties have been opposing the recent decisions of the Modi government. Farooq Abdullah has also accused Home Minister Amit Shah of lying in Parliament and curbing freedom of many Kashmiri people.

Farooq Abdullah: As soon as the gate will open & our people will be out, we will fight, we'll go to the court. We're not gun-runners, grenade-throwers, stone-throwers, we believe in peaceful resolutions. They want to murder us. My son (Omar Abdullah) is in jail https://t.co/Dxz4MGGOiX

Speaking to the house, many parliamentarians have raised the questions on the whereabouts of popular Kashmir Ministers.