Days after facing a humiliating defeat in Karnataka in the recently held national polls, Janata Dal (Secular) Karnataka Chief H Vishwanath on Tuesday stepped down from his post taking moral responsibility of the party’s poor show.

Adagur H. Vishwanath, currently an MLA in Karnataka Assembly and a former MP, talking to media said that he takes the moral responsibility for the party’s poor show in Karnataka.

JD(S) Karnataka Vishwanath was reportedly upset with the party for not being taken into the confidence on key issues.

JD-S State Chief was recently involved in a bitter spat with Former CM SG Siddaramaiah over the functioning of the coalition government in the state.

The JD-S and Congress Coalition government in the state is facing threat with many of legislators reportedly upset. Currently, Chief Minister HD Kumaraswamy and Deputy CM G Parameshwar are holding discussions with MLAs and Leaders to keep JD(S)-Congress Coalition Government intact.

The tussle between the coalition has benefited the Bharatiya Janata Party in the state which swept the polls in the state bagging 25 Lok Sabha Seat. While JD(S)-Congress Coalition which is in power in the state managed to won one seat each. 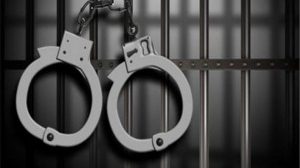