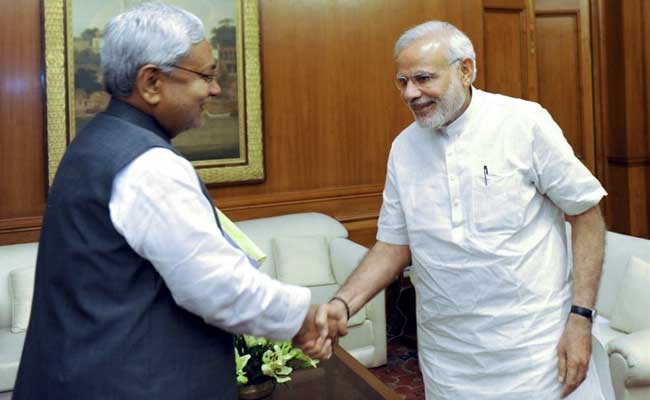 Nitish Kumar's Janata Dal United is back in folds of the BJP-led National Democratic Alliance or NDA after nearly four years of separation.

JD(U) under the leadership of Bihar Chief Minister Nitish Kumar had organised a national executive meeting on Saturday to decide the future political moves of the party.

Ahead of the meeting, Nitish had very tactfully expelled all the leaders opposing his decision of forming the new government in the state in alliance with BJP. Following Kumar’s break up with the grand alliance, the party has witnessed opposition from many of its members. Former party President Sharad Yadav had openly criticised Kumar’s decision and had even indicated a split in the party with him still a part of the mahagathbandhan with RJD–Congress. Two factions seemed to have been formed within the party with one led by Sharad Yadav and the other led by Nitish Kumar.

Nitish wanted to clean away all the rebels ahead of the meeting following which party president Vashistha Narayan Singh expelled 21 of its party members from the primary membership of the party on the grounds of them being the supporters of Sharad Yadav on Monday.which included several former ministers and former MPs also.

During the national executive meeting held in Patna on 19 Aug, Nitish Kumar led JD(U) finally united back with BJP-led National Democratic Alliance or NDA after nearly four years of separation. The BJP and the JD-U were partners for nearly two decades, which were separated in 2013 due to internal problems of Nitish and Modi. However, Nitish Kumar during the meeting officially announced the patch up between the two on Saturday.