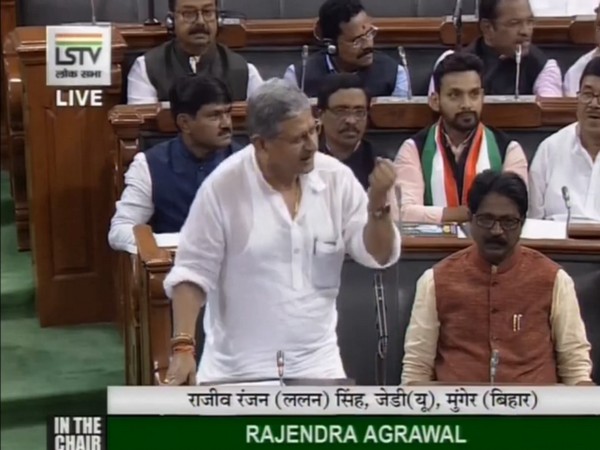 The Bharatiya Janata Party (BJP) Bihar ally, Janata Dal (United) on Tuesday walked out of the Lok Sabha opposing the scrapping of Article 370 from Jammu and Kashmir. Speaking in the lower house of the parliament, JD-U MP Rajiv Ranjan ‘Lallan’ Singh said that his party is not in favor of interfering with the special status granted to Jammu and Kashmir, and later walked out of the house.

As quoted by ANI, Janata Dal (United) Parliamentarian Rajiv Ranjan Lallan Singh said, ‘We would have extended our support to Government if they had brought a law to counter-terrorism. But our party does not support the move to interfere with the special status given to Jammu and Kashmir’.

Following which JD-U MPs staged a walkout in the Lok Sabha registering a protest against the Jammu and Kashmir (Reorganization) Bill, 2019, which was moved in the Union Home Minister Amit Shah for discussion seeking passage.

However, the Janata Dal (United) MP Singh praised the government for its efforts to counter-terrorism.

In the meantime, Mamata Banerjee also slammed the Union Government for not taking the stakeholders in the confidence before taking the decision. Mamata Banerjee also made it clear that her party, Trinamool Congress (TMC), will oppose the proposed bills in Lok Sabha for scrapping of Article 370 and bifurcation of Jammu and Kashmir in two separate Union Territories.

Earlier the Upper House of the parliament, Rajya Sabha, on Monday, gave its nod to the resolution scrapping Article 370 from the valley that gives special status to the state.