The Indian Wire » Politics » Jitan Ram Manjhi rubbishes reports of him joining back NDA, says ‘Conspiracy to malign me’ 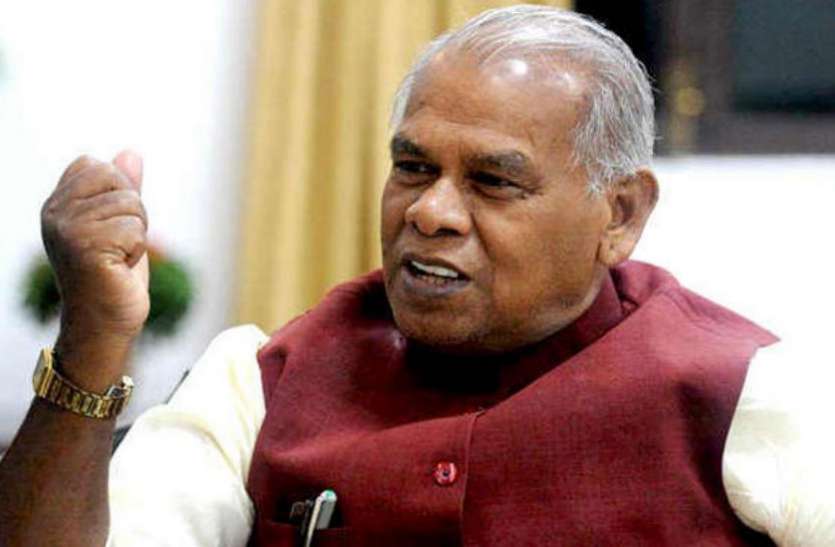 Former Chief Minister of Bihar and Hindustani Awam Morcha (Secular) President Jitan Ram Manjhi on Friday rubbished the reports taking rounds claiming that Manjhi is quitting Bihar Mahagathbandhan and returning to the BJP led NDA. He termed reports a ‘conspiracy’ to malign him and his party image ahead of Lok Sabha Polls 2019.

Jitan Ram Manjhi who served as the Chief Minister in Bihar for almost a year made it clear that he is with RJD chief Lalu Prasad and the Grand Alliance in Bihar, which also comprises Congress and the Upendra Kushwaha‘s Rashtriya Lok Samta Party.

‘There is no truth in it’ Manjhi said in response to the rumors about him coming back to National Democratic Front. Disinformation is being spread as part of a conspiracy to malign me and my party image, Manjhi added.

Manjhi’s criticism of dharna by West Bengal Chief Minister Mamata Banerjee against the CBI action against Kolkata police commissioner Rajeev Kumar early this week had triggered speculation if he was ending his tie-up in the mahagathbandhan and going back to the NDA. As Mamata Didi ends Dharna; MHA wants disciplinary Action against West Bengal Police Top Brass

Manjhi, who was made chief minister by Nitish Kumar in 2014 later fell out with his mentor and floated his party Hindustani Awam Morcha.

Manjhi said seat sharing issue in the opposition coalition in Bihar will only be finalized in consultation with all the constituents of the Grand Alliance.

In reply to a query, Manjhi said that Prime Minister and Chief Minister of any state should not hold or participate in dharna or demonstration. “Mamata Banerjee did wrong by holding dharna as it can’t be justified in any manner,” he reiterated. Opposition backs Mamata Banerjee’s Dharna as Police clashes with CBI, Centre moves Top Court

While responding to a query by a scribe on his party’s state unit Chief Brishen Patel resigning from the post over alleged charge of misappropriation of party fund, Manjhi claimed Patel had swindled Rs 10 lakh from the party fund.

Earlier this week on Wednesday, Both Brishen Patel and party spokesman Danish Rizwan had resigned from their respective posts. Rizwan had alleged that Patel along with his supporters indulged in anti-party activities and have also been indulged looting party fund.

Manjhi said that new state unit chief and other prominent posts, which are currently lying vacant, will be filled within a week.