Taking note of the negative portrayal of the state of Jammu and Kashmir by the media, CM Mehbooba Mufti rapped the TV news channels Times Now, Republic, News-X and India Today for doing so and scaring tourists away.

The Chief Minister was welcoming the delegates of Travel Agents Association of India (TAAI) at the SKICC. There she said, “No doubt we are going through a difficult phase. And it is good that you have come to hold our hands. You are sitting here and if in far off place there is an encounter, they will telecast it in such a way as if whole Kashmir is burning.”

The TAAI is at present holding an annual convention in Kashmir region after 30 long years. What comes as a good point is TAAI cancelling the convention in China and instead going for Srinagar. This will really help promote tourism in the State.

Tourism in Kashmir is been at its low since 2016. It is the same year when protests broke out following the killing of 22-year-old militant Burhan Wani. Following the killing, the valley faced immense destruction. In addition, it remained shut for six months due to strikes, curfews and restrictions.

The portrayal of Kashmir by the TV news channels has affected tourism, said the Chief Minister. Mehbooba added, “If you look at the world, everywhere there are problems. But our problem is that our country has left us isolated. We are facing a tough situation… My father would always say tourism is an investment in peace. If an Army personnel is on the border or he is fighting against the militancy that is one way to deal with the situation. But another way is that you have come here to promote tourism.”

Jammu and Kashmir State has got huge potential for different categories of tourists. “But we are in difficult situation. If an encounter takes place in some far off area the TV plays it in such a way that it frightens tourists. They get phone calls. Their family members ask them are you in the same Kashmir, which is being shown on Times Now, Republic and News X, India Today. They (the channels) create a perception of whole Jammu and Kashmir getting burned”, Mehbooba alleged. She described Jammu and Kashmir as the safest place for women. “If there is any place safe in the country for women it is Kashmir,” she said. 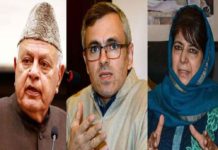 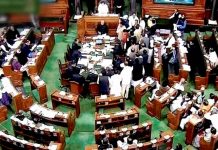 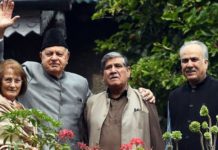