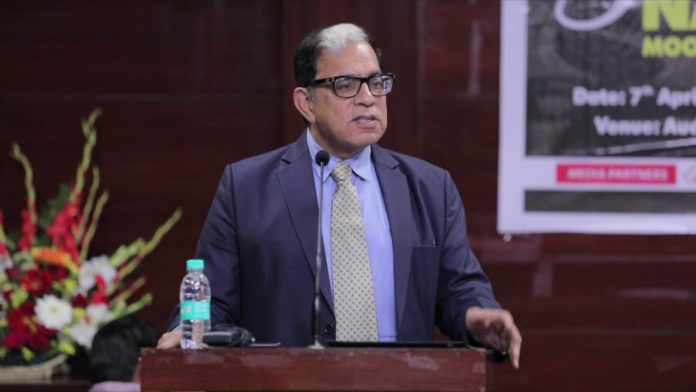 Justice Sikri is the second judge after CJI Ranjan Gogoi to recuse from the case. The matter was listed today before a Bench of Justices Sikri and Justices S Abdul Nazeer and MR Shah.

When Justice Sikri sought to recuse, Senior Advocate Dushyant Dave, appearing for petitioner Common Cause, objected. Dave said that CJI Ranjan Gogoi had also recused from the case earlier and an impression was being created that the Supreme Court does not want to hear the matter.

Earlier on January 21, Chief Justice Ranjan Gogoi recused himself from hearing a plea challenging M Nageswara Rao’s appointment as interim Director of the Central Bureau of Investigation (CBI) and has sought transparency in the process of short-listing, selection and appointment of the CBI Director.

The Chief Justice said he was recusing himself from the hearing because he is a member of the high-powered selection committee that will pick a successor to Alok Verma, who was removed as CBI director months after he was sent on leave and replaced by Nageswara Rao.

CJI Ranjan Gogoi said that he is a member of the Selection Committee to pick new CBI Director. A high powered panel comprising PM Modi, CJI and LoP to meet on Jan 24 to select new CBI Director

Nageswara Rao took over from him a second time after the selection committee led by Prime Minister Narendra Modi on Jan 10 decided to remove Alok Verma and transfer him as DG Fire Services. However, Alok Verma later tendered his resignation after refusing to take charge as DG Fire Services, Civil Defence and Home Guards

Earlier, he had recused himself from the panel that later sacked Alok Verma citing the reason that he was part of the Supreme Court bench that passed an order on reinstation of Alok Verma on Jan 8. Gogoi nominated Justice Sikri for the High Powered pane that on Jan 10 removed Alok Verma from the CBI top Post.

The selection panel to appoint a new CBI Director is likely to meet on January 24 to appoint the new CBI director. Besides PM Narendra Modi and the Chief Justice, senior Congress leader Mallikarjun Kharge is part of the committee, representing the opposition.

Earlier on Jan 14, Delhi-based NGO Common Cause has approached the Supreme Court (SC) challenging the appointment of M Nageswara Rao as interim chief of Central Bureau of Investigation (CBI). The NGO has approached the apex court through senior advocate Prashant Bhushan.