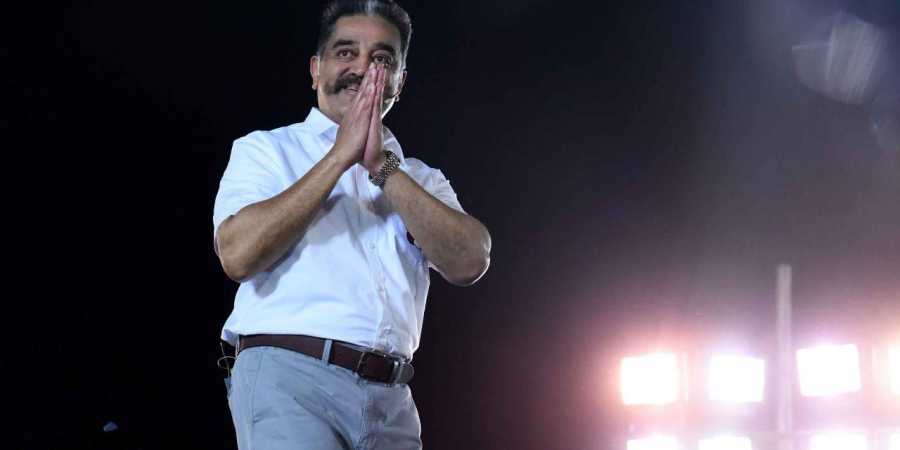 Actor turned Politician Kamal Haasan on Sunday announced that he will not contest the Lok Sabha Polls 2019 nor the State by-elections in Tamil Nadu. He said he will focus on the victory of all the candidates on 39 Lok Sabha Seats of Tamil Nadu and a lone parliamentary seat of Puducherry.

Kamal Haasan party Makkal Needhi Melisma (MNM) has been allotted a torch battery symbol for the Lok Sabha Mega Battle. Kamal Haasan who has floated in his own political outfit Makkal Needhi Maiam (MNM) on February last year has decided to contest the polls on all seats on Tamil Nadu alone.

His remarks about not contesting the Polls came on Sunday when he launched the party’s manifesto and list of Candidates for Lok Sabha Polls. Haasan, as quoted by ANI, said, ‘I will neither contest upcoming Lok Sabha polls nor assembly by-polls to 18 constituencies in Tamil Nadu. I have lot of work to do. I will work towards the success of my candidates’.

Makkal Needhi Maiam leader Kamal Hassan in Coimbatore: I will neither
contest upcoming Lok Sabha polls nor assembly bypolls to 18 constituencies in Tamil Nadu. I have lot of work to do. I will work towards the success of my candidates (file pic) pic.twitter.com/qeEeVdPQE0

Earlier, he took a jibe at Rajinikanth for opting out of the Polls Race.

Kamal Haasan’s party will take on the two most powerful parties in the state – AIADMK and DMK who had already entered into a poll pact with BJP and Congress respectively. The AIADMK led alliance have – AIADMK, BJP, PMK, KMDK, Puthiya Neethi Katchi and NR Congress.

While DMK apart from Congress has finalized terms with 6 parties. DMK will lead a Mega Opposition coalition in the Tamil Nadu and Puducherry comprising – Congress, CPI(M), CPI, MDMK, VCK, IUML, KMDK and IJK.