The Indian Wire » Politics » Kamal Hasan has lost to Rajinikanth in movies, wouldn’t repeat it in politics : AIAMDK 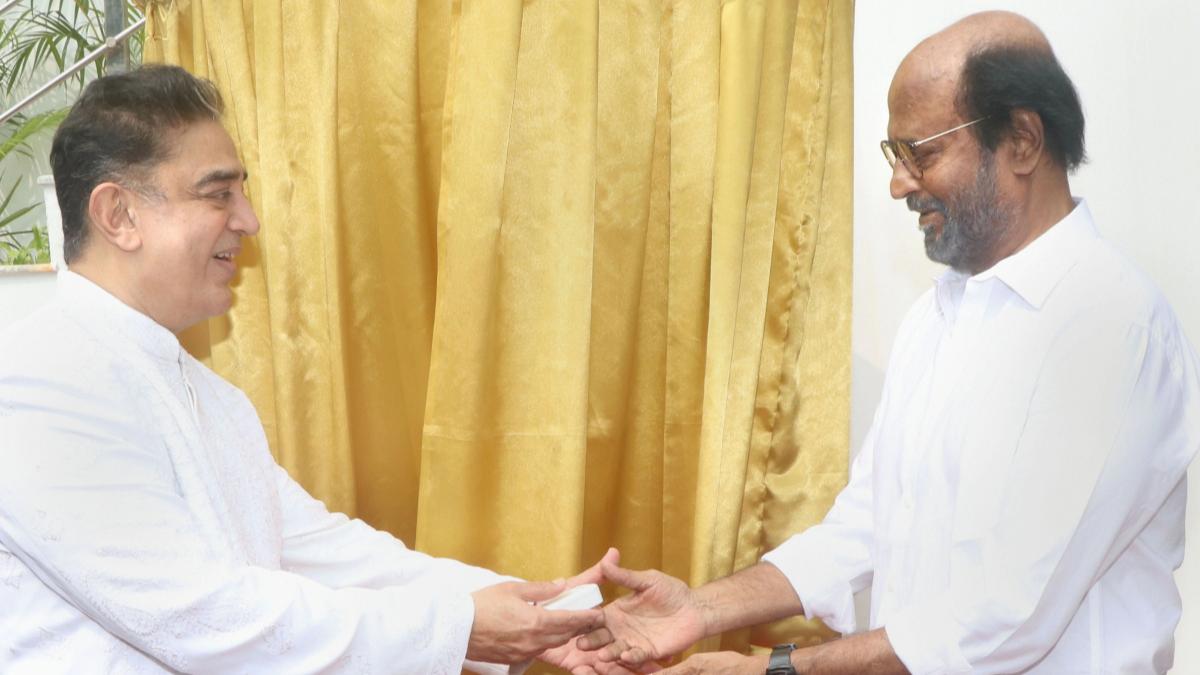 All India Anna Dravida Munnetra Kazhagam (AIAMDK) party lashed out at Kamal Hasan and Rajinikanth alliance calling it a ‘cat and mouse living together’ as the parties held by actors have different ideologies. Rajinikanth’s Party aims at ‘spiritual politics’ while Kamal Hasan’s Party Makkal Needhi Maiam (MNM) aims at ‘pro-left-leaning’.

This clash of the political leaders started when Kamal Hasan commented on Tamil Nadu Chief Minister K Palaniswami coming to the top post as a “wonder”, saying it was “not a criticism but the reality.”

Haasan also said, “He would join hands with Rajinikanth for Tamil Nadu’s welfare.” “Rajini and I will travel together if there is a need for Tamil Nadu’s development. We are together for 43 years, we joining together is no miracle,” Kamal Haasan said.

Rajinikanth also had similar views. He said: “If there is a situation that requires for the development of the Tamil people, I would join hands with Kamal Haasan”.

Several AIADMK leaders had slammed the duo for intending to work together, with Fisheries Minister D Jayakumar calling them a ‘mirage’ and ‘illusion.’

The stinging write-up on Thursday especially seemed to target Haasan, saying “He has lost to Rajinikanth” in their rivalry in the film field and that he was now apprehensive if that would repeat in politics also.

Rajnikanth announced his entry to politics in 2017 and confirmed he will be contesting the Tamil Nadu Assembly Election in 2021 in all 234 constituencies.

“Rajini, who has announced taking forward spiritual politics, joining hands with Kamal Haasan who talks about rationalism and communism would amount to a cat and mouse living together,” the article said.

“Time will teach Rajini that a possible partnership with Haasan politically will not be fruitful,” it said. However, their prospective tie-up would in no way affect the AIADMK as it was resting on a “1.5 crore cadre base,” the article said, adding this was an opportunity for them to successfully take on those aiming to defeat the party, it added.