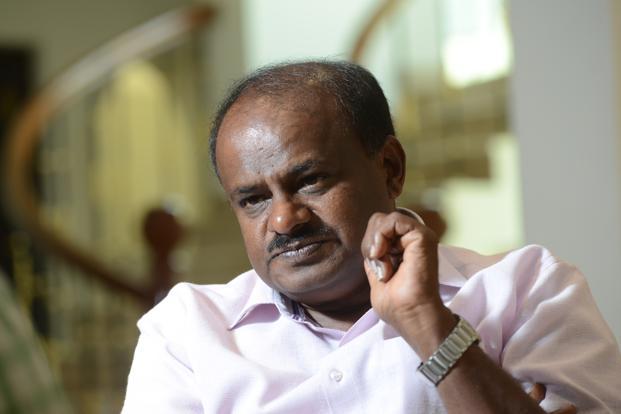 Karnataka Chief Minister HD Kumaraswamy on Monday announced a comprehensive SIT probe to “bring out the truth” after an audio clip he released showed state BJP chief B S Yeddyurappa in a purported conversation to lure a JD (S) MLA.  His move came a day after BS Yeddyurappa accepted that it was his voice in the audio clip.

Assembly Speaker ordered to complete the probe within 15 days.

HD Kumaraswamy made the announcement in the state assembly after Speaker Ramesh Kumar suggested a special investigation team probe the episode to “establish the truth” as his name has also been dragged into the row.

“Constitute a SIT to establish the truth. Give me relief in 15 days,” a visibly anguished Kumar said, urging Kumaraswamy after all members said the speaker was known for his integrity and dignity of his office should be protected, as reported by PTI.

Kumaraswamy said he was also “pained” at the charge against the speaker and accepted his suggestion to form a SIT. “I seek your permission to form the SIT for a comprehensive probe to bring out the truth,” he told the speaker.

BJP members said the probe should be limited to the charge against the speaker as otherwise, they had no trust in the government which was likely to misuse the SIT.

The speaker told Kumaraswamy that “this (SIT) should not lead to a witch-hunt. The probe should be only to establish the truth.”

The political war over charges of horse-trading had escalated in Karnataka Friday with Kumaraswamy releasing an audio clip in which Yeddyurappa is purportedly trying to lure a JD(S) MLA for destabilizing the coalition government.

Mallikarjun Kharge, Congress on Karnataka Assembly Speaker asks CM HD Kumaraswamy to constitute a SIT to probe into the audio clip (of alleged conversation of Yeddyurappa with a JD(S) MLA’s son) : It's a welcome sign, they have taken a right decision, SIT will bring out the truth pic.twitter.com/TFBmUJkOsL

Yeddyurappa had earlier said he would retire from politics “if it (the allegation) is proved. If I had spoken like this (about the speaker), if it is proved, I will resign as an MLA and quit politics,” he had said.

However on Sunday, while Speaking to reporters, BS Yeddyurappa has admitted that it is his voice on an audio clip released by Chief Minister HD Kumaraswamy as “proof” of the saffron party’s alleged attempts to topple the Congress-JDS coalition in Karnataka.

He (Sharangouda) recorded the conversation and the audio clip was chopped according to the convenience, leaving out a major portion. HD Kumaraswamy as a part of conspiracy sent Sharangouda to the inspection bungalow,” said the former CM.

Kumaraswamy stooped to a new low in the politics by starting a new trend of trapping the elected representatives. It is true that I had a conversation with Sharangouda but not everything was revealed. The chief minister is indulging in conspiracy politics,” he added as reported by The Times of India.